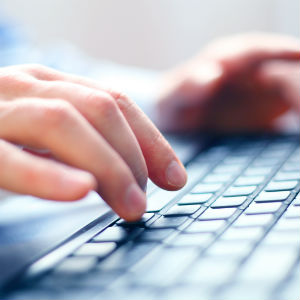 The Victorian Supreme Court has found a lawyer in contempt of court for his efforts to help his client's sons thwart an injunction against them.

Justice Jack Forrest has described the conduct of Victorian lawyer Michael Geoffrey Witt as unethical in a judgement handed down on Monday.

He imposed a fine of $25,000 and urged the DPP to consider prosecuting Mr Witt's clients.

“The Court must [...] make it clear to the legal profession that such unethical conduct under the cloak of professional privilege will not be tolerated,” Justice Forrest said.

The civil contempt of court matter centred on an email the lawyer sent to his client, the late Jan Emil Talacko, in 2009.

Mr Talacko had been involved in ongoing litigation for nearly 20 years over property in the Czech Republic, Slovakia and Germany owned by his family prior to World War II.

In the email Mr Witt advised his client not to disclose any details about a court-ordered injunction made against his sons two days prior, which ordered them not to dispose of some of the properties in dispute.

I have deliberately left Paul and David off this email as I do not want it to be able to be said that they had any notice or knowledge of the orders made against them because for so long as they do not have notice of this then they cannot be in contempt if they do not comply. I therefore strongly advise that no one tells Paul or David anything about this new case other than to warn them to look out for process servers in Prague.

Mr Witt admitted that parts of the email constituted contempt of court.

Given the admission, yesterday’s Supreme Court judgement determined the $25,000 penalty to be imposed and reparations arising from the civil contempt charge.

Judge Forrest found that Mr Witt knew that the terms of the orders made against the Talacko brothers “were designed to prevent the fulfilment of the conspiracy hatched by the three defendants to thwart the likely effect of the judgment of Osborn J”.

“As an officer of the Court, Mr Witt also knew that he had an obligation to ensure that the Court’s orders were adhered to – even if he considered that the three Talackos would treat the orders as if they were confetti,” Judge Forrest said.

In referring the matter to the DPP, the judge described the behaviour of the Talacko father-son trio as “fraudulent” and “in many instances, in defiance of court orders”.

“By July 2009, Mr Witt must have known of the scheming and deceptive nature of his client and his two sons, David and Paul. To put it bluntly, I am readily prepared to assume that each was a crook who was prepared to engage in a conspiracy to defraud the other members of the family and would do anything to avoid the processes of the Court,” Justice Forrest said.

“It is clear that Jan Talacko and the members of his family never intended to comply with the terms of the [original] settlement,” he said.

The applicants originally brought five separate charges of contempt against Mr Witt in 2014, however, several were dismissed and one was withdrawn.

The judge also ruled the applicants were entitled to reparations of $5,872 in addition to costs on an indemnity basis for incidental hearings and hearing the judgment.