Young lawyers give up partnership dream 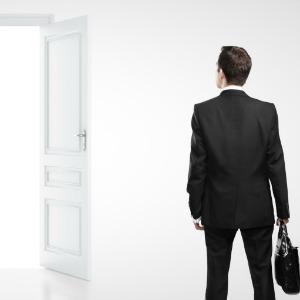 The road to partnership is so long and opaque that it is no longer on young lawyers' minds, forcing them to consider non-traditional career paths, according to a Taylor Root partner.

Many junior lawyers are not even thinking about reaching partnership at all these days, Taylor Root partner Tim Fogarty told Lawyers Weekly.

“It’s surprising the number of lawyers who come through and speak to us about their careers and often partnership is just not actually the end game for them,” Mr Fogarty said.

“Partnership is very much a distant light on the horizon for lots of junior lawyers and I think many would be happy not to ever get there.”

A shift from the traditional lockstep promotion method to a more meritocratic and non-transparent approach has made the journey to partnership far longer, which is putting off young lawyers, he said.

“Historically there used to be a view that it might take 10 years, but these days most people view it as far longer than that in most of the larger law firms,” Mr Fogarty said.

“Sometimes the steps to partnership are a bit ‘smoke and mirrors’ and decisions are not openly communicated in terms of reasons for not being promoted or what needs to be achieved in order to be promoted.

“So I don’t think that the juniors are necessarily looking at partnership as an attainable stage.”

Mr Fogarty said young lawyers who are not aiming for partnership do not necessarily know what their career goals are.

“A lot of them are just thinking about the mid term and will get to a senior associate promotion and then sort of stop and take stock and think, where to from here?”

Mr Fogarty said there are other non-traditional career paths lawyers can go down and young lawyers are increasingly considering these options.

The desire to be able to pursue other interests and having a family are some factors young lawyers take into account when considering their career goals.

“And long-term private practice can be too demanding of an environment for that.”

Young lawyers give up partnership dream