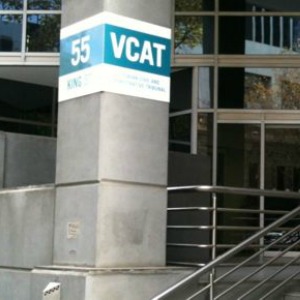 A solicitor has been suspended from practising law for 15 months after claiming that Jewish people should not assist authorities in prosecuting other Jews.

Alex Lewenberg was found guilty by the Victorian Civil and Administrative Tribunal (VCAT) of two counts of professional misconduct in March for making statements that were prejudicial to or would diminish public confidence in the administration of justice.

The 74-year-old made the comments in 2011 at the bail hearing of his client David Cyprus, Victorian Legal Services said in a statement. Cyprus was charged with and convicted of sexual offences against children from the Orthodox Jewish community.

Victoria Police had been assisted in their prosecution by a member of that community, known in records as AVB.

According to testimony heard at VCAT, Mr Lewenberg said at the hearing that he was disappointed that “a person who has nothing to do with the case and being a fellow Jew does wilfully seek to hinder another Jew in his defence of criminal charges”.

Mr Lewenberg told VCAT that his comments had been based on a misunderstanding that AVB had given police false information, but this submission was rejected.

She held that Mr Lewenberg was aware of the “devastating impact” of his words on AVB’s personal and professional life and that he was “in effect endorsing community condemnation”.

VCAT was told AVB was subject to rumours in the community that he was a "maser", a term for a Jew who impermissibly co-operates with authorities to prosecute other Jews, and that he had suffered considerable distress.

Judge Jenkins said the administration of justice depends on participation and co-operation from members of the public.

“For the respondent, as a legal practitioner, to suggest that members of the Jewish community or indeed any community or religious affiliation, should close ranks and decline to assist in the prosecution of charges of this nature is truly shocking.”

VCAT found Mr Lewenberg failed to demonstrate genuine remorse and failed to respond to the regulator in a frank and meaningful way.

He was also ordered to undertake further training in legal ethics and professional responsibility, and pay the Legal Services Commissioner’s costs of $55,455.

“Mr Lewenberg’s endorsement of outmoded and inappropriate religious principles directly conflicted with his duties as an officer of the court and the strict ethical obligations and conduct rules all lawyers must adhere to,” Mr McGarvie said.

He also criticised Mr Lewenberg’s conduct during the case, including his allegations that Legal Services Commission officers were “anti-Jewish”.

“Continuing to deny wrongdoing and accusing investigators of improper motives, then finally apologising before the court, reveals a flawed understanding of a lawyer’s duty of candour and honest.”

Lawyers Weekly contacted Mr Lewenberg for comment but did not receive a response by the time of publication.