Qld and WA lawyers dominate in energy and resources 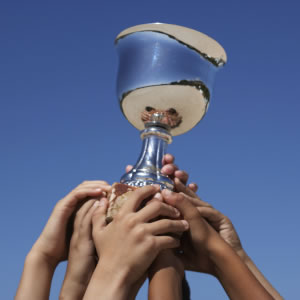 Three quarters of the finalists in the projects, energy and resources category of the Partner of the Year awards work in either Queensland or Western Australia.

The finalists for the inaugural Lawyers Weekly Partner of the Year Awards have been announced, with three out of the four projects, energy and resources category finalists based in Queensland or Western Australia.

Following a softening in the sector's prospects due partly to a decrease in demand for commodities from China and the rapid drop in the Australian dollar, Ms Hill has observed an upswing in disputes in Western Australia.

Because of this, Ms Hill not only represents clients in the energy and resources industry, but also focuses on advising a broad range of companies on corporate and shareholder disputes and investigations.

Over the last 12 months Mr Rogers has led teams on more than 10 major energy and resources transactions from King & Wood Mallesons' Brisbane office.

He is the client relationship partner for some of the key participants in the energy, resources and infrastructure, including APA Group, Shell-BG, Aurizon, Landbridge and Queensland Investment Corporation.

From Ashurst’s Brisbane office, Mr Denholder has worked for a number of years to help build Ashurst’s Indian practice, including visits to India and hosting Indian delegations to Australia.

He has also notably worked to see how he can best position Ashurst to convert the opportunities presented by the pipeline of likely project developments in northern Australia.

Mr Denholder is also the pro bono partner in Ashurst’s Brisbane office, with a focus on helping the marginalised and disadvantaged within the community.

Ms Denning was managing partner of Ashurt’s Adelaide office from 2011 to 2014, but relocated to Melbourne last year to lead the energy and resources practice.

She is a recognised specialist in the areas of energy and resources projects, corporate transactional work and all aspects of energy law.

Winners of the Partner of the Year awards will be announced at a black-tie gala on 28 April at Sofitel Sydney Wentworth – tickets on sale now.

Qld and WA lawyers dominate in energy and resources