Home/
News/
Boards ‘cannot afford to be complacent’ on culture

Boards ‘cannot afford to be complacent’ on culture 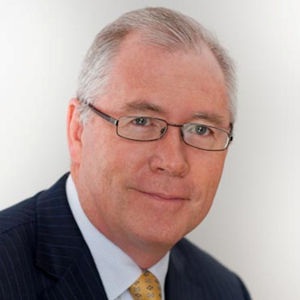 As ASIC cracks down on compliance, boards must consider their role in setting and enforcing corporate culture, senior partners at Jones Day have warned.

In this environment, Mr L’Estrange said boards, especially in the financial services sector, need to “ensure their governance systems are effective to withstand both regulator and potential judicial scrutiny”.

According to Mr L'Estrange, the key is understanding the standard to which directors will be held “when it comes to breaches of law that [ASIC] believes flow from a board’s failure to engage in proper oversight of corporate culture”.

He warned directors owe a duty of care and diligence under both general law and the Corporations Act to take “all reasonable steps to place themselves in a position to guide and monitor the management of the company”.

In a recent 2011 judgment against the directors of Centro Properties Group, the Federal Court held the term “all reasonable steps” was determined objectively by reference to circumstances.

At a minimum, directors must “take a diligent and intelligent interest in the information either available to them or which they might appropriately demand [from other employees/agents]”.

In addition, a director must be “familiar with the fundamentals of the business” and “is under a continuing obligation to keep informed".

Mr L’Estrange suggested that as a starting point, boards seek to identify “key governance and business principles and effectively communicate these principles to stakeholders".

These values, which will be specific to the business, will set the tone for the company’s culture, he suggested.

“In terms of monitoring corporate culture, boards need to have an effective, probative and independent system to receive timely and relevant information about the company’s affairs in a systematic, rather than reactive, way,” he wrote.

For directors, this may mean having an inquiring mind, putting processes in place to manage conflicts of interest and, at times, engaging an independent review.

Where the company or an employee has been accused of unlawful conduct, courts and regulators will look at “whether the misconduct arises out of a systemic governance failure within the organisation.”

“In this regard, courts and regulators are likely to look critically at how boards have objectively tested the company’s adherence to its own governance principles, policies and practices to deter the risk of that kind of misconduct occurring in the first place,” Mr L’Estrange wrote.

“In particular, ASIC has indicated it will be looking to see if there is any disconnect between firm policy and how that policy is actually applied in real-time, including at a board level.”

If the board had notice of the misconduct, ASIC may look to ascertain that it had taken “genuine and reasonable steps” to enforce firm policy and hold people accountable.

Incentive structure and consequence management policies are likely to come under particular scrutiny to ensure they are consistent with promoting firm policy, he warned.

“Going forward, it is likely that further lessons for boards will emerge as ASIC’s current enforcement activities are played out in courts and elsewhere,” Mr L’Estrange wrote.

“In this environment, boards can no longer afford to be complacent about culture by, in the words of Mr Medcraft, blaming poor behaviour on ‘a few bad apples’.”

Boards ‘cannot afford to be complacent’ on culture

FROM THE WEB
Recommended by Spike Native Network

Guilty parties remain free in ‘chilling’ Witness K prosecution ‘Be bold’: Chief Justice delivers powerful speech on future of female lawyers Elderly are forgotten by the law ‘He was just doing his job’: Commission finds police unfairly targeted solicitor Legal tech is booming, but where are the grads?