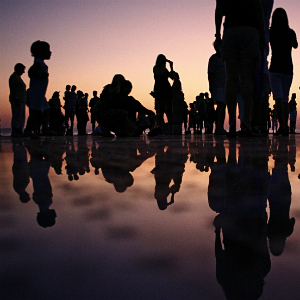 Two new law reforms have been applauded by the Queensland Law Society, in what it describes as a welcome return to evidence-based policy and the restoration of independence for the state’s anti-corruption body.

The announcements on youth justice reforms and strengthened powers for the state’s Crime Corruption Commission (CCC) were welcomed by society president Bill Potts.

Youth justice reforms include the return of Youth Justice Conferencing and ending the automatic transfer of 17 year olds to adult correctional facilities. The changes follow the introduction of the Youth Justice and Other Legislation Amendment Bill 2016 to the Queensland Parliament this week.

The government has introduced the Bill to address youth crime by “putting offenders on a path away from further offending and involvement in the criminal justice system”.

“Youth justice conferencing is particularly welcomed as the youth offender can meet their victims and realise the effect of their actions. It is a very valuable tool to change criminal behaviours,” Mr Potts said.

“Prior to last year’s [state] election the Law Society called for a range of youth justice reforms and it was a credit to the Labor Palaszczuk government those suggestions were taken on board," he added.

“[Our] call was based on evidence showing these reforms would reduce the rate of re-offending, which is the best possible outcome for all concerned. It is good to see that the government was listening."

Parliament ratified the laws on Wednesday.

The Attorney-General said the Act will ensure the state’s corruption watchdog can adequately tackle and prevent public sector corruption.

“Queenslanders should be confident that Queensland’s corruption watchdog has the teeth it needs to root out corruption in all its forms,” Ms D’Ath said.

According to the Law Society, the changes add to the CCC’s powers, which were watered down under the previous state government.

“It is pleasing to see [the CCC reforms] being implemented; vigilance against corruption is something which is beyond politics – many of our members can recall the pre-Fitzgerald era, and no one wants a return to those dark days,” Mr Potts said.

The bipartisan appointment of an independent CEO to the CCC would help ensure the independence of the CCC, Mr Potts added.