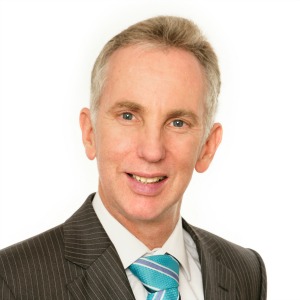 Australian jurisdictions such as Queensland and Western Australia have "more to lose than to gain" by adopting the Uniform Law, according to a former president of the Queensland Law Society.

The Law Council of Australia president Stuart Clark recently voiced his support of the expansion of the Uniform Law, which currently operates across NSW and Victoria, to Western Australia and Queensland.

In contrast, Bruce Doyle (pictured), Doyle Family Law director and former Queensland Law Society president, has said the Uniform Law is a flawed model of regulation and that other jurisdictions should resist its adoption.

“The cure of a Uniform Law is worse than the ailments that it is supposed to fix,” Mr Doyle told Lawyers Weekly.

“Therefore, other jurisdictions have more to lose than to gain by adopting the Uniform Law in its current form.”

“The only people who really care about having a Uniform Law are those who manage law firms that operate across state borders,” Mr Doyle said.

“They have to deal with the residual differences between jurisdictions. Of these differences, the need to operate separate trust accounts in each jurisdiction where they operate is the greatest annoyance and expense.”

Mr Doyle said that when the expense is seen in the context of revenues generated by large firms, the cost is inconsequential but still an aggravation for large firm managers who would prefer to have one management and accounting structure.

According to Mr Doyle, the proponents of the Uniform Law claim that the legal industry is an over-regulated profession nationally.

Mr Doyle said there are two main problems with the Uniform Law, the first being that somebody has to pay for it.

“The proponents of the Uniform Law were keen to ensure that the costs of Practising Certificates would be increased to pay for the new regulatory bodies,” Mr Doyle said.

“The solution has been to add a levy to be paid by law graduates applying for admission as legal practitioners. This is very unfair.”

He continued: “It makes graduates who have the least capacity to pay and who have never received any benefit from legal practice pay for something that is only of benefit for firms practising across state borders.”

Secondly, Mr Doyle said the biggest aggravations for practitioners who are subject to the Uniform Law are the costs provisions.

“If you talk to those practitioners, they will tell you that they unnecessarily generate cause uncertainty and conflict,” he said.

“The many practitioners ‘on the ground’ who are dealing with ordinary clients are far removed from the managers of cross-border law firms.”

Mr Doyle believes that the unfairness and impracticality of aspects of the Uniform Law could be fixed.

“Some of the solutions, such as amending the costs dispute provisions, may only require legislative amendment,” Mr Doyle said.

“However, the politics of reform for the purpose of making it easier for lawyers to be paid may be difficult.”

Mr Doyle said the unfairness of having the costs of the new regulators paid by graduates applying for admission could easily be fixed.

“The fairest solution would be to have those costs paid only by firms practising across state borders. However, a more likely solution is that the costs would be added to the cost of all Practising Certificates,” he said.

“A more palatable solution would be to just focus on the problem that the managers of cross-border law firms face. Reform directed at allowing them to have one trust account would be much simpler than the Uniform Law solution.”