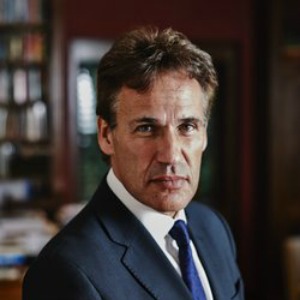 The evolution of legal services delivery is likely to radically change, or even phase out, the traditional role of the lawyer in the next 15 years, Professor Richard Susskind has predicted.

Prof Susskind, a legal author and academic, told Lawyers Weekly that the rise of an internet-based society has altered the way professional services firms produce and distribute expertise.

In particular, the rise of artificial intelligence has increasingly allowed technology to not just complement but replace or redefine work done by professionals.

“There are a whole bundle of systems that are ready to take on the tasks that we thought historically could only be done by lawyers,” he said.

The subject forms the basis of a new book penned by Professor Susskind and his son David Susskind, The Future of the Professions: how technology will transform the work of human experts.

Throughout the 2020s, Prof Susskind predicted firms would undergo a period of “redeployment, not unemployment” where lawyers moved on to new tasks and adopted new areas of knowledge.

As this trend develops, the concept of a “lawyer” is going to be become less and less relevant, he suggested.

“The upshot of this is that lawyers should be expecting to learn a whole bundle of new skills in the future,” he said.

On a firm-wide level, organisations are likely to face fierce competition, both from other firms and alternative service providers, with Prof Susskind warning “the competition that kills you, doesn't look like you”.

“Law firms tend to think it's a question of what the other law firms are doing – but they should also be looking at the accounting firms, at the legal tech start-ups, at the legal process outsourcers and legal publishers,” he said.

“Even if law firms aren't prepared to change, new players in the market are absolutely happy to embody new ideas.”

In particular, firms will be forced to examine their labour models, for example, through legal process outsourcing, contract lawyering, or low-cost service centres.

“We still need people but we need people who cost less, because clients want to pay less. If you haven't invested in a new labour model in the next few years, you're going to struggle.”

However, he warned against trying to make large-scale changes to existing models, instead encouraging firms to set up parallel businesses that could serve as a testing ground.

This was the model adopted by UK-based firm Pinsent Masons when they launched in Australia last year.

David Rennick, Pinsent Masons' head of Australia, said the firm had set up in Australia with a “clean sheet of paper” and the philosophy to “decide our own future”.

“We looked at everything, from our internal structure, our business operations and our go-to market strategy,” he said.

“We're using Australia as a business as a stunt works for trying things, failing at things, and finding things that do work and putting them into the rest of the business.”

This approach is strongly supported by the larger global firm, which is actively looking for opportunities to reorientate its business around client needs, Pinsent Masons' head of client strategy, Alastair Morrison, said.

According to him, the firm’s motto, “bold pursuit of innovation in everything we do”, has driven the development of its contract lawyering service Vario, as well as the adoption of new technologies and a push to position lawyers as business advisers.

“There is so much to look at and it touches everything one does,” he said.

“As soon as you become irrelevant, it's death. So you have to continually think about what drives relevance.”