Lawyer calls for a nuanced approach to IP reform 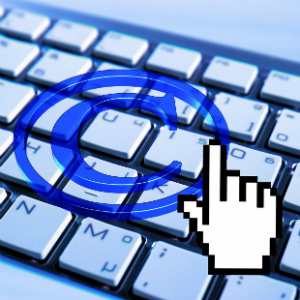 With reforms to make intellectual property (IP) rights subject to competition law on the cards, one Australian lawyer has underscored the need for a nuanced approach.

In a recent report, the Productivity Commission proposed repealing a federal law that allows for IP rights to be exempt from some provisions that prohibit anti-competitive conduct.

According to the draft recommendation, concerns about repealing the s 51(3) exemption for IP rights under the Competition and Consumer Act could be balanced with ACCC guidance on the application of competition law ‘per se’ rules.

“The Productivity Commission said the issue of whether the current competition law exception should be repealed is finely balanced, however, they believe the exception is unnecessary due to changes to competition law that have been proposed but not yet enacted following the recent Harper Review,” Mr Lees said.

“We consider that the impact of the Harper Review recommendations needs some further consideration to make sure that any repeal of the current exception would not lead to unintended consequences,” he said.

The Harper Review was a recent Australian Competition Policy Review. Its final report was released in March 2015.

According to Mr Lees, any changes to Australia’s competition law must recognise that the aims of giving effect to IP rights are distinct from those that underlie the strict regulation of anti-competitive conduct.

“We say that is simply giving effect to IP rights, not an anti-competitive cartel agreement that should be strictly prohibited by law,” he said.

Arnold Bloch Leibler intends to address the issue, among others, in a response to the Commission’s draft report. The firm also made a submission to the Productivity Commission in the first stage of the review consultation process.

“The view we put forward in our submission is that there should be an exception within the Competition and Consumer Act that allows for the settlement of intellectual property disputes between competitors without breaching any of the strict ‘per se’ competition rules,” Mr Lees said.

The Productivity Commission has invited a second round of submissions as part of its comprehensive inquiry into Australia’s Intellectual Property Arrangements.

“We are proposing to put together a response to the draft report and one of the issues we’ll address is this issue of whether repealing the current exception could lead to unintended consequences,” Mr Lees said.

On the matter of copyright reform, Mr Lees underscored the impact for IP practitioners should the proposal to introduce a new ‘fair use’ exception in place of the existing ‘fair dealing’ exception be embraced.

Introducing the new ‘fair use’ exception would permit all uses of copyright material which do not materially reduce incentives to create and disseminate creative works.

“The proposed ‘fair use’ exception is much broader and more flexible than the existing ‘fair dealing’ exception,” Mr Lees said.

“However, that flexibility comes at the expense of a degree of certainty about how the law will operate,” he added.

“It would mean that as an IP lawyer, in advising your client, you would need to consider this issue in any copyright infringement claim.”

Overall, Mr Lees believes that the final recommendations, if adopted, offer "some of the most significant changes to Australian IP law".

“The Productivity Commission’s draft report recognises that Australia’s IP system on the whole is working well.

“However, its concern is that there is a growing trend towards excessive protection of IP rights and if that trend continues, it won’t be in Australia’s national interest as a net importer of IP, and this will become an even greater problem for Australia as we move into the digital economy,” he said.

“If the draft recommendations of the Productivity Commission were adopted they would be some of the most significant changes to Australian IP law for a long time.”

Lawyer calls for a nuanced approach to IP reform