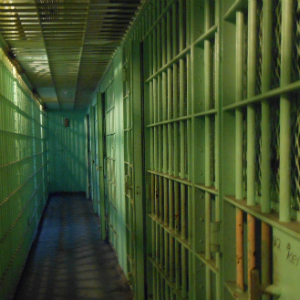 The Queensland Law Society has praised legislation to reinstate the Queensland Sentencing Advisory Council, which passed in the state parliament this week.

The Sentencing Advisory Council is made up of a diverse cross-section of justice experts who offer a range of views on sentencing policy matters to the government.

Among them are experts in law enforcement, criminal law and juvenile justice and Aboriginal and Torres Strait Islander justice issues.

Four years ago, the Queensland government under Liberal Party premier Campbell Newman chose to dismantle the body, a move heavily protested by the law society.

The law society renewed its call for the Council’s reinstatement earlier this year, saying it was critical to the state’s justice system.

"It is critical in our system of justice that the power to review sentences or challenge judges’ decisions should always remain reserved for appeal courts," Mr Potts said.

This week, the Palaszczuk-led government voted to reinstate the Council.

The Council’s mandate will be to inform and consult the wider community on sentencing issues. It will also serve an important research function to show evidence for crime reduction that particular sentencing measures, such as orders, have.

Queensland Attorney-General and Minister for Justice Yvette D’Ath said the Council would help explain sentencing to the public.

"Sentencing is a complex process which requires members of our judiciary to balance competing interests such as punishment, deterrence and protecting the community with the rehabilitation of the offender.

"Public confidence in the administration of justice is vital so it’s important to promote understanding of our criminal justice system and the sentencing process," she added.

The law society has also endorsed the educative role that the Council will play in addressing sentencing issues.

“In recent times we have seen the general public perplexed and unhappy with some sentences, and given that they are usually handed down in something of a vacuum, this is understandable," Mr Potts said.

“Explaining the reasoning behind the sentences in an easy-to-understand way will increase public confidence in the judiciary."

The Queensland government announced its plans to resurrect the Council mid-last year, with an allocation of $5.5 million over three years.

“The government is committed to informing and educating the public about the role of the courts and the justice system,” Ms D’Ath said.

According to Mr Potts, the Council will bring benefits to the justice system across the board. In his view, the Council’s work "will lead to sentences which both protect the public and rehabilitate the offenders".

"This in turn will reduce crime with all the attendant benefits that carries. This really is a win for all concerned," Mr Potts said.