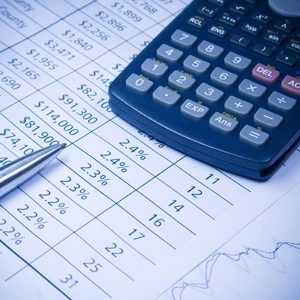 Successfully making the transition from hourly billing to value-based pricing requires the support of a firm’s entire partnership.

Successfully making the transition from hourly billing to value-based pricing requires the support of a firm’s entire partnership.

David Vilensky, the managing director of Perth-based firm Bowen Buchbinder Vilensky (BBV), made the decision to transition his firm from time billing to fixed-fee pricing on 1 July 2010 and credits the full support of his partners as a key element of the firm’s success.

“You have to have total buy-in from the whole firm,” said Vilensky speaking to Lawyers Weekly as the firm approaches its second full year of fixed-fee pricing this June. “You’ve got to have complete enthusiasm for the idea across the board and not just from the partners – all the lawyers, the whole firm. I think that’s been one of the secrets of our success.”

Vilensky was introduced to the idea of fixed-fee pricing two years ago when he attended a LawAustralasia conference at which pricing expert Ronald Baker was a keynote speaker.

“It was almost like a penny dropped. I felt a sense of, ‘This is what we’ve got to do’,” said Vilensky, who admits he was previously “very skeptical” about fixed-fee pricing. “This is the way forward. It’s a client driven concept. It’s not like lawyers trying to reinvent themselves. It’s actually what clients want. Clients want certainty … I do a lot of work in the mining and resources game. My mining clients absolutely love fixed fees. There are no arguments and it absolutely creates efficiency.”

Vilensky said that although the transition has been difficult, it has been “hugely successful” and the firm is now more profitable than it was when it operated on the traditional model of time billing.

“The initial concern for me was whether my partners would think I’ve lost the plot,” he said, describing how he pitched the idea of fixed-fee pricing to his partners after seeing Baker present at the conference. “I was worried about getting it wrong. And we did get it wrong. We made some terrible mistakes initially. The concept is to scope the client, not the matter.”

According to Vilensky, the implementation of value-based pricing and setting the firm’s fixed-price agreements took about six to eight months.

“We put an enormous amount of time, energy and resources [into it] … It was hard work,” he said.

To determine fees for work coming through the firm’s door, BBV established a value pricing committee, which consists of four people within the firm and meets twice a week.

Aside from greater efficiency and profitability, Vilensky also noted the unforeseen advantages of introducing fixed-fee pricing to the firm, including a greater sense of collegiality amongst the firm’s staff.

“It’s amazing how when a lawyer presents a matter to the value pricing committee it’s almost as if the matter is being brainstormed,” he said. “It’s an unintended consequence. We never expected that benefit. [The intention] was to scope and price but it’s had all these spin-off benefits.”

Another positive flow-on effect of BBV’s transition to fixed-fee pricing, according to Vilensky, is the increase in happiness of the firm’s staff.

“They can’t believe it and think they’ve died and gone to heaven,” he said, explaining that in the last six months the firm, which has approximately 12 lawyers, has attracted three new young lawyers from other firms.

“They love the idea of fixed fees and they work efficiently. They’ve still got billable targets but it’s through fixed fees … Our lawyers really are happy. And I’m happy!”