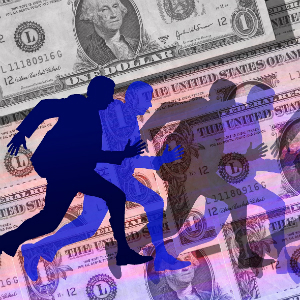 Parties are increasingly turning to class actions for redress of corporate misconduct in the post-GFC environment, a Squire Patton Boggs partner has said.

Litigator Amanda Banton was the only lawyer in Australia to have successfully acted against US rating agency Standard & Poor’s as markets collapsed following the global financial crisis in 2007.

“Since 2007 when the GFC hit, there have been a number of corporate collapses and more variation in financial reporting when compared to forecasts.  That financial environment, perhaps, is one of the factors leading to more class actions,” Ms Banton said.

“As time has gone on, especially in the [litigation] that I’ve been involved in that resulted from the GFC and the collapse of complex financial products, class actions are more widely recognised in Australia as a mechanism to address misleading conduct and corporate mis-selling,” she said.

Ms Banton continues to represent a group of NSW local councils, which lost millions in failed investments of certain financial products in the ongoing action against the rating agency.

In 2012 the Federal Court found Standard & Poor’s had failed its duty of care to investors with the AAA rating of risky and “grotesquely complicated” synthetic derivatives known as constant proportion debt obligations (CPDOs).

According to Ms Banton, the post-GFC environment has also seen the emergence of a different kind of lead applicant. She points to Standard and Poor’s as an example of the more prominent type of plaintiff to pursue class actions and predicts actions led by institutional investors will increase.

“Originally class actions had lead applicants such as mum and dad investors. You will increasingly see big trusts and super funds involved. The market is well developed now. People are more willing to participate and that is so on the corporate side of Australia,” Ms Banton said.

“Depending on the particular corporate conduct [applicants] may well be people with high levels of sophistication. Traditionally in the class actions, some of those institutional investors would have sat behind the others but now they are more interested in coming forward where there has been corporate misconduct and be the lead applicant themselves. And I think that will increase,” she said.

Ms Banton’s practice, which focuses largely on financial products, works mainly for larger investors. The firm’s class action litigation practice was spurred by the crash of financial markets after the GFC, with Australian investors incurring losses of billions of dollars.

“In 2007 all the financial products, be they CDOs, RBMDs or other complex derivative type products crashed with the financial markets because there were a number of defaults. Investors sustained significant losses and in some cases lost all their capital.

“The class actions that I’ve been involved in have been in relation to those financial products. Those claims are against the issuers, raters and the arrangers. We still have ongoing litigation with about nine cases in that space,” Ms Banton said.

However, increased activity in the class actions space should not be viewed with alarm, Ms Banton added.

“When you look at it from the perspective of the funders, they are not in the business of losing money and so unlikely to be funding any claims that in their view don’t have merit. I don’t think there’s any scare about the number of class actions – I think most are valid and reasonable actions.”

Last Updated: 10 June 2016 Published: 14 June 2016
The Women in Law Awards is the benchmark for excellence, recognising the empowering women influencing the Australian legal profession, celebrating the female leaders, role models and future champions of the industry. Register for the waitlist today for the opportunity to attend this remarkable awards ceremony and network with top legal professionals and fellow peers.
Visit womeninlaw.com.au