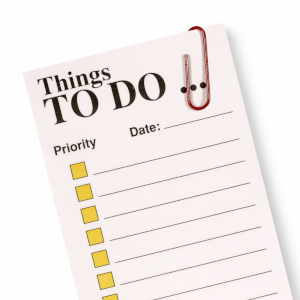 The Law Council of Australia launched its 2016 federal election policy platform, outlining its priorities for a newly elected federal government.

The platform sets out the key areas for improvement of the law and legal policy, including the need to end Australia’s legal aid funding crisis and provide adequate funding for federal courts and tribunals.

"It is the responsibility of the legal profession to take part in the political process and to use our collective knowledge and expertise to advise the government of the day," Stuart Clark AM, president of the LCA said.

"This is not a case of promoting high-minded idealism. Rather, we believe that the recommendations we have outlined in this platform are politically practical and achievable."

He continued: "Boosting funding to legal aid, for example, aligns with the recommendations of the Productivity Commission, which found an increase would actually save the taxpayer money. A reform that ended the current funding crisis in legal aid could easily be made and justified."

The list also highlighted the need to abolish mandatory sentencing laws across the board, amend proposed counter-terrorism laws so they are consistent with rule of law principles, and identify and implement measures designed to reduce domestic and family violence.

Further, the platform suggests a national summit to address the chronic shortage of legal professionals working in rural, regional, and remote communities, and the establishment of ‘justice targets’ under the Closing the Gap Framework to reduce rates of Indigenous imprisonment.

The LCA and the National Aboriginal and Torres Strait Islander Legal Services (NATSILS) both commended the Australian Labor party’s announcement of a $20.4 million election commitment to reverse the cuts to Aboriginal legal services over three years.

“The Law Council has strongly opposed cuts to Aboriginal and Torres Strait Islander Legal Services and it would only be responsible for whichever party forms government in July to rectify this promptly,” Mr Clark said.

“We have an Indigenous imprisonment crisis in this country and it will certainly not improve if we deny Aboriginal people and Torres Strait Islanders proper access to justice.”

NATSILS co-chair, Wayne Muir, said NATSILS is pleased that the Australian Labor Party has taken a stance to reverse the planned funding cuts, but has also called for $25 million in funding per annum for the Indigenous Legal Assistance Program that is segregated and protected for a new stand-alone specialist family law unit in each ATSIL.

“The over-representation of our First Peoples in the criminal justice system is a national crisis. Both major parties are compelled to act - we cannot turn a blind eye,” Mr Muir said.

“It’s not enough that family law gets the leftovers after you’ve dealt with state and territory criminal law matters.”