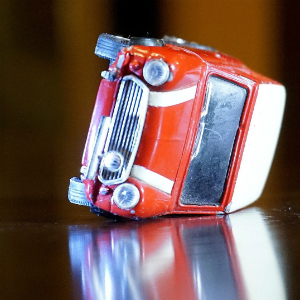 Motor accident victims will lose out under the latest compensation reforms proposed by the NSW government, the president of the state’s bar association has warned.

The Compulsory Third-Party (CTP) insurance scheme overhaul has come under criticism from legal groups since it was announced by Minister for Innovation and Better Regulation, Victor Dominello, last week.

Mr Hutley was among those who slammed the proposal, saying more than 90 per cent of injured people would be worse off.

“This reform would abandon 90 per cent of accident victims after just a few years,” he said.

Under the proposed reforms, injuries sustained by road accident victims would be assessed according to a two-category classification. As part of the change, defined benefits would be introduced for low severity injuries and victims considered to be most seriously injured will receive lump sum compensation.

The NSW Bar Association has taken particular issue with the two-category classification, citing their own submission as a fairer alternative. The Association says the government's reforms do not adequately cater for the majority class of injured people – those who fall between the two classifications.

“The largest flaw in the proposed new scheme is the assumption that there are only two categories of injury – ‘low severity’ and ‘the most seriously injured’. There is in fact a wide group in-between – moderate severity injury. It is this group that [is] being punished,” Mr Hutley said.

Vulnerable claimants would also be left to fight for compensation on their own, Mr Hutley added, because the proposed CTP reforms mirrored the unfair operating model of the NSW workers compensation scheme.

“If this approach is replicated in the CTP scheme, the interests of injured motorists seeking reviews of insurer decisions on the payment of statutory benefits will suffer, and those insurers will have the ultimate say in the vast majority of claims,” he said.

When the minister announced reform plans to the CTP Motor Accident Insurance Scheme, he said it would offer a greater number of NSW claimants protection and improve access to compensation.

According to the government, implementing the ‘no-fault’ compensation scheme would mean claims for an additional 7,000 victims and a reduction in Green Slip premiums across the state.

“The no-fault scheme we are proposing has rehabilitation at its heart. Rather than waiting years for a lump sum settlement, the majority of injured road users will have access to benefits much faster,” Mr Dominello said.

“As a result of reduced scheme costs, we will see a much higher proportion of the premium dollar going to injured road users. The majority of NSW motorists can also expect to see a substantial reduction in their Green Slip premiums,” he said.

The Bar Association disagrees and has called into question the government’s decision to extend the consultation period for the reforms. Mr Hutley said victims’ interests had lost out to reform for reform’s sake and urged a review of the Association’s submissions on an alternative model.

“It is a tragedy for moderately injured accident victims that fairness to them is an afterthought rather than the bedrock of the reforms,” Mr Hutley said.

“The Bar Association calls on the government to protect the rights of innocent victims of motor vehicle accidents by retaining fairness in the CTP scheme. A real scheme should protect the future wage loss and future treatment needs of accident victims.”

An expert reference panel will make recommendations on the substance of the enabling legislation later this year.