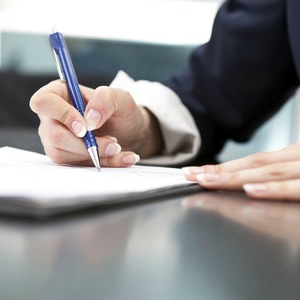 With the Law Council of Australia and Allens the only legal bodies to have signed the UN Global Compact Network Australia, an Allens partner is perplexed as to why more firms have not committed to the guidelines.

Ms Nicolson explained that the firm joined for two reasons.

“The first commitment is very much about getting its own house in order, and meeting those aspirational principles itself,” Ms Nicolson said.

Ms Nicolson said the guidelines were very much in line with what the firm was already aiming to do, but by joining the Global Compact Allens committed to actively trying to achieve these standards.

“There's a significant amount of work around those four streams to talk to businesses in Australia about what those principles mean in practice and how they can shift their corporate behaviours, policies, procedures, to increasingly align with those standards.”

When asked why more law firms haven’t signed already, Ms Nicolson admitted she did not know.

“It's perplexing, because we as lawyers should understand the principles that are set out in the Global Compact, in particular when you're talking about human rights standards, labour standards and anti-corruption,” she said.

“They're our bread and butter, they have a legal base, so it is perplexing.”

Ms Nicolson said that law firms are lagging behind other professions in committing to the compact, but is of the opinion that this will change.

“A classic example is the big four accounting firms are all signatories, so they're often used as the comparison point,” she said.

The Law Council of Australia recently became the first legal professional association in Australia to become a member of the UN Global Compact Network Australia in a bid to show initiative and encourage the rest of the legal profession to sign up.

Law Council of Australia President Stuart Clark AM said he expects many more law firms to become members of the Global Compact in the short to medium term.

“As key service providers in modern economies, it’s important for law firms to join. Increasingly, lawyers will need to understand how human rights are relevant to their work and the activities of their clients,” Mr Clark said.

“Understanding the Guiding Principles and how they operate in a business environment will be critical. Additionally, as businesses themselves, law firms also have a responsibility to respect human rights in all their dealings, including in the contracts they enter into for the supply of goods and services.”

The Law Council also sees membership of the Global Compact as important to improving the reputation and respect of the legal profession.