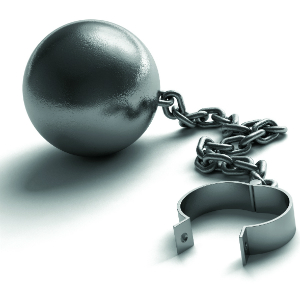 The Queensland government will introduce legislation to stop 17-year-olds from being sentenced as adults and held in adult correctional facilities.

The Queensland government has announced plans to change the law following a barrage of criticism from a number of legal bodies. Queensland is the only jurisdiction in Australia where 17-year-old offenders are subject to the adult justice system.

Changes to amend the state’s Juvenile Justice Act 1992 are expected to begin this week and the government hopes to see the full force of the changes within a year.

“For too long it’s been in the too-hard basket. Not any more,” Ms Palaszczuk said.

“The Attorney-General will introduce legislation into the Parliament to right this wrong. Once the bill has gone through committee, and is then brought back for a vote later this year and passed, we aim to have all 17-year-olds removed from adult prisons within 12 months,” she said.

Last week Australian Lawyers for Human Rights (ALHR) responded to recent ABC footage of a teenage prisoner in Brisbane, pictured with a spit mask over his head, describing the laws that saw Queensland incarcerate children in adult prisons as “arcane”.

ALHR vice-president Kerry Weste made an urgent call for the government to do something about the trauma child offenders are alleged to experience under Queensland’s criminal justice system.

“Not only is this in clear contravention of Australia’s obligations under the UN Convention on the Rights of the Child, but it is also contrary to everything the available research tells us we should be doing to reduce rates of recidivism and rehabilitate young people,” Ms Weste said.

The Convention on the Rights of the Child considers a person to be a child until the age of 18.

“It is one of the many reforms called for by the society and adopted by the Palaszczuk government, and possibly the most important.

“By keeping children out of adult prisons we increase their chances of rehabilitation immeasurably, which is good for them and good for Queensland,” Mr Potts said.

Mr Potts added that bipartisan support to redress the law was critical. He said that, given the inevitable delays before complete changes will be seen, no time could be wasted on political debate.

“With young lives at stake, this isn’t the time for political point-scoring or ideological chest-beating, it is a time for action,” he said.

A review of the state’s youth detention centres was announced by Queensland Attorney-General and Minister for Justice Yvette D’Ath last month. The independent review will be headed by Professor Megan Davis and Kathryn McMillan QC, who will report back by 30 November.

In August the Law Council of Australia (LCA) reiterated the need for an independent, arms-length review of juvenile detention systems nationwide.