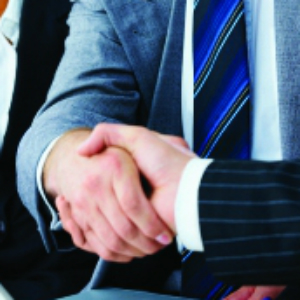 Two barristers have been appointed as counsel assisting the Royal Commission into the Protection and Detention of Children in the Northern Territory.

Attorney-General George Brandis QC welcomed Peter Callaghan SC and Tony McAvoy SC as counsel, saying the new roles will play a critical part in supporting the work of the royal commission by ensuring it has the highest-quality legal expertise for its inquiry.

Mr Callaghan took to the bar in 1986. He worked as a crown prosecutor for the Commonwealth, ACT and Queensland Directors of Public Prosecutions until 1995, and has been in practice at the bar since then.

Mr Callaghan’s extensive resume includes being appointed as counsel assisting in the Queensland Floods Commission of Inquiry. His other areas of practice include criminal law, appellate, administrative law, civil and human rights, discrimination, inquests, commissions of injury and statutory tribunals.

Mr McAvoy was admitted as a barrister of the Supreme Court of NSW in 2000 and was appointed as senior counsel in September 2015.

He has a strong native title practice, appearing for claimants in numerous successful land claims. He was an acting part-time commissioner of the NSW Land and Environment Court between 2011 and 2013.

These latest appointments come after Margaret White AO and Mick Gooda were announced as joint commissioners for the Royal Commission into the Protection and Detention of Children in the Northern Territory, a move thoroughly supported by both the Australian Bar Association (ABA) and the Law Council of Australia (LCA).

“The ABA has full confidence that the two will conduct a thorough and detailed examination of the problems within the youth detention system in the Northern Territory,” ABA president Patrick O’Sullivan QC said at the time.

“The ABA has full confidence in the royal commission to make recommendations that will lead to real and systemic change within the youth justice system in the Northern Territory.”

LCA president Stuart Clark AM said the appointment of Mr Gooda and Ms White was a vital step to ensuring the royal commission could advance its critical agenda.

“This royal commission is absolutely vital because of the need to examine, in detail, what appears to be a deep cultural and systemic problem within the NT juvenile detention system,” Mr Clark said.

“Mr Gooda and Ms White are extremely well qualified to carry out this important inquiry, with the necessary independence from the Northern Territory government and confidence of the community.”

Last Updated: 22 September 2016 Published: 23 September 2016
Do you know remarkable women in the legal industry leading the charge? Recognise these women as role models for the future female leaders in law, by nominating them for the Women in Law Awards 2021. Not only will you be showcasing their achievements and propelling their career, you will also be taking the first step in giving them the recognition they deserve.
Visit womeninlaw.com.au