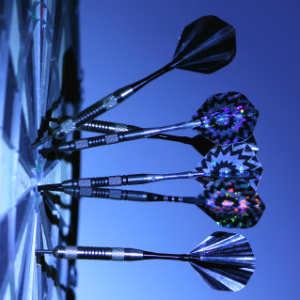 The peak body representing the nation’s barristers has signed up to the Law Council of Australia’s equitable briefing policy, launched earlier this year.

The ABA is the latest professional organisation to endorse an equitable briefing policy, under which signatories aim to brief women barristers in 30 per cent of all matters. The policy also sets an aspirational target for women to be paid at least 30 per cent of the value of all briefs by 2020.

The LCA released the equitable briefing policy in June, with a view to introducing a more robust version of its predecessor – the Model Equal Opportunity Briefing Policy for Female Barristers and Advocates. The targets of the new policy are “non-mandatory”.

Following a roundtable forum on equitable briefing in Sydney, ABA president Patrick O’Sullivan QC revealed that the peak representative body for Australian barristers had signed on to the policy.

“By adopting the LCA’s equitable briefing policy we are working towards ensuring that applies to all members of the bar.

“The ABA has and always will promote the high quality and specialist skills of the bar,” Mr O’Sullivan said.

A number of measures to complement the equitable briefing policy emerged from the forum, which the ABA believes will help develop its objectives within the policy framework in a tangible way.

The practical steps include the promotion of new readers who come to the bar each year and a practice of silks referring and recommending “highly skilled junior women barristers”. The forum also suggested improving existing online directories for barristers to outline experience in a consistent fashion.

“The ABA forum was an excellent opportunity to discuss the challenges and opportunities of equitable briefing practices,” Mr O’Sullivan said.

The association’s roundtable forum was led by its Diversity and Inclusivity Committee and hosted by Allens. Representatives from government, law firms, corporate counsel and the bar attended the session.

The ABA forum made a further recommendation, calling for more focused responsibility on the part of organisational leaders to formalise business practices, ensuring qualified women barristers are considered for briefing. The group urged managing partners, general counsel and CEOs of companies to consider issuing directives to their teams to this effect.

Telstra dispute resolution general counsel Sue Laver offered the example modeled by her legal team and its briefing practice for other corporate teams to follow.

“Telstra has been actively leading equitable briefing for many years now and has a strong record in this space. The profession and society as a whole benefits from giving men and women equal opportunities,” Ms Laver said.

She underscored the need for business practices to complement initiatives such as the LCA’s equitable briefing policy, to address the disparity between the higher proportion of women graduating from law schools and the under-representation higher up in the profession.

“While we are seeing more female law graduates than men, women still remain under-represented in senior levels within the industry, and at the bar,” Ms Laver said.

The head of litigation at Allens, Ross Drinnan, added that clients would ultimately benefit from more transparent, equitable briefing practices.

“Policies that help us identify and work with excellent barristers, regardless of gender, [are] in everyone's best interests.

“There are extremely talented women at the bar and, in order to ensure we offer the best representation to our clients, we need to make sure we are identifying and working with of all of those women,” Mr Drinnan said.

While the ABA, which represents approximately 6,000 of Australia’s barristers, is now a confirmed signatory to the LCA’s policy, some state and territory groups are yet to come on board.

Only the bar associations of NSW and the Northern Territory have signed up to commit to the policy.

The Queensland Law Society publicly declared that it had made the choice to move away from the LCA’s policy and implement what it considered a more holistic approach to addressing the issue of inequality at the bar. Explaining why the QLS decided not to sign on to the policy, president Bill Potts noted that the Queensland Bar Association was also reluctant to come on board.

The bar associations of Queensland, Victoria, South Australia, Western Australia, Tasmania and the ACT, which have not signed on to the LCA’s policy, represent over 60 per cent of all practising barristers in Australia.

In announcing the ABA’s support for equitable briefing, Mr O’Sullivan noted that at the core of implementing a successful scheme is a “genuine commitment to cultural chance, to the policy and to its objectives starting from the top of an organisation”.