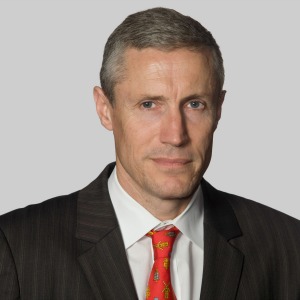 Thomson Reuters has released the results of its 2016 M&A league table, with Allens coming out on top for the highest value of completed deals in Australia.

According to the findings, Allens ranked number one for value for completed deals in Australia for the period from January 2016 to December 2016.

The report found Allens completed deals worth US$49.8 billion during the period.

Guy Alexander (pictured), head of Allens' corporate practice, said 2016 was a strong year for the firm, on the back of a bumper 2015.

“We have worked on some great deals over the year, such as the Asciano transaction, the Ausgrid sale by the NSW government and the Port of Melbourne sale,” Mr Alexander said.

“We have also seen an uptick in activity post the US election, and there is a good pipeline of work for 2017. Some sectors to watch in 2017 include health, infrastructure, financial services and oil and gas.

“We pride ourselves on executing complex and groundbreaking deals for our clients and we are honoured that they have continued to choose us to guide them as they transform their businesses.”

Herbert Smith Freehills came second in the value of completed deals for the 12 months, recording a total deal value of US$44 billion.

The report also ranked firms by the number of deals completed in the 12-month period.

Herbert Smith Freehills came out on top in this regard, completing 65 deals throughout the period, followed by HWL Ebsworth, completing 54 deals, MinterEllison with 52, King & Wood Mallesons with 51 and Allens with 48.