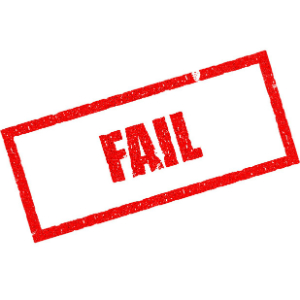 Attempts by a Victorian man to have his legal fees refunded and take disciplinary action against lawyers he said told him ‘diabolical lies’ have been thwarted.

Nissanka (Neville) De Silva took his lawyers before the Victorian Civil and Administrative Tribunal last year seeking a refund for fees he believed the lawyers overcharged him for and a list of other pecuniary costs he said were incurred.

The self-represented man told the tribunal that in January 2014, Victorian solicitor Frank Randle and barrister Jim Buchecker failed to file an application to revoke an intervention order obtained by his ex-wife, as he instructed, which led to the cancellation of a firearms licence and the confiscation of his guns.

As a disability pensioner, Mr De Silva told the tribunal, competitive shooting had become "an important social activity". He also submitted that he used the firearms to deter predatory birds on his rural property in Queensland.

Mr De Silva’s application mainly alleged that the lawyers failed in their professional duties to him but also that they “robbed him, cheated him, conspired with his ex-wife and her lawyers, acted in conflict of interest, fabricated documents and were fraudulent and dishonest”.

In her decision, tribunal member Elisabeth Wentworth said Mr De Silva was unable to prove his claims “on the balance of probabilities”, however strong his belief in the assertions may be.

“Mr De Silva may believe these assertions to be true, but assertion of or belief in a fact is not enough,” Ms Wentworth said.

The tribunal member added that evidence provided by Mr De Silva and the legal practitioners differed considerably as to ‘who said what, and when’. On issues where differences arose, contemporaneous documents supported the evidence of the lawyers, she said.

Mr Randle and Mr Buchecker denied the allegations made against them.

Ms Wentworth formed the view that a combination of misunderstanding and “jumping to conclusions” led to the ultimate position taken by Mr De Silva concerning the conduct and alleged negligence of Mr Randle and Mr Buchecker. The applicant received assistance from a translator during proceedings.

“Contrary to Mr De Silva’s submissions after the hearing that Mr Randle told ‘diabolical lies’ at the hearing, I found both Mr Randle and Mr Buchecker to be truthful and careful witnesses, who took care to answer the questions they were asked and conceded that there were limits to their recall on some matters,” Ms Wentworth said.

She went on to acknowledge that while the applicant did his best in the proceedings, Mr De Silva was a less compelling witness. In part this may be attributed to Mr De Silva’s language difficulties and how a failure of communication and understanding in respect of legal proceedings led him to form the views he did.

“[Mr De Silva] gave at times inconsistent evidence, appeared on occasion to be avoiding answering a direct question, and gave the impression of jumping to extreme conclusions about the conduct of Mr Randle and Mr Buchecker without any real basis,” Ms Wentworth said.

“An example of the latter was Mr De Silva’s perceptions of the discussions Mr Buchecker had with the legal representative for [his ex-wife] over the course of the day at court, which in the circumstances were quite appropriate and important discussions to have. Mr De Silva saw this as collusion with the other side.”

The tribunal concluded that Mr De Silva could not prove any of the serious claims of robbery, fraudulence or conspiracy with his ex-wife that had been contended.

The application against the Victorian legal practitioners was dismissed in November 2016.