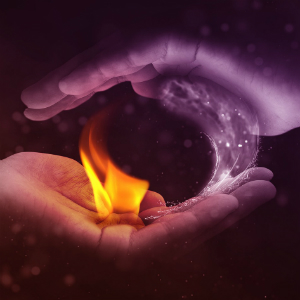 Addressing the junction where mental health meets attitudes to diversity in law is part of a holistic effort to transform wellbeing in the profession, according to two academics from the University of Adelaide.

Advocates for change are tackling the mental wellbeing of lawyers from a new angle, this time from the perspective of diversity in the profession. Rehumanising law and legal education will be the focus of this year’s annual National Wellness for Law Forum.

Speaking to Lawyers Weekly, University of Adelaide academics Kellie Toole and Dr Mark Giancaspro said the special program has been devised with the diversity of law students in mind.

The lecturers, who also serve as officers for Adelaide Law School’s wellbeing program Lex Salus, believe that in order for lawyers to feel supported, they must feel accepted and comfortable with who they are. With this in mind, Ms Toole said the forum will focus on diversity in the profession.

“There can be a tendency to talk about law students as though they’re one homogenous group,” Ms Toole said.

“We wanted to make sure we were recognising the fact that within law students, there are different groups.”

The two-day forum is open to all members of the legal profession, including students, and will look at all aspects of a lawyer’s career. By interrogating the culture and practices of places where common attitudes and behaviours are formed, Ms Toole explained that forum will adopt a more holistic approach to wellness in law.

Dr Giancaspro added that as mental health and wellbeing in law have started to gain well-deserved attention, the focus has evolved to look at macro-level change.

“It’s about making sure we don’t get caught up in the detail of the law and lose focus on the people that make up the law. It’s about that holistic approach,” Ms Toole said.

“It’s not just about getting people in and giving them the mechanics of legal education and preparing for mechanical transition into the profession; but offering them the skills to look at the humanity in themselves and others, issues around self-care, and being alert to signs of poor mental health or distress,” she said.

Dr Giancaspro suggested that cultural change is now firmly in the National Wellness for Law agenda and is being pursued with improved co-ordination among firms and law societies.

The forum will be hosted by Adelaide Law School next week and will feature talks from Chief Justice of the South Australian Supreme Court Chris Kourakis, Race Discrimination Commissioner Dr Tim Soutphommasane and 2016 Australian Young Lawyer of the Year Natalie Wade.