Legal body up in arms over asylum seeker deadline 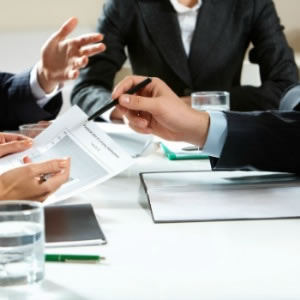 A legal body has slammed the federal government’s decision to bring forward deadlines for asylum seekers who are subject to fast track refugee status determination.

Australian Lawyers for Human Rights (ALHR) said it is profoundly concerned that the government has decided to bring forward asylum application deadlines.

This comes after asylum seekers were told to lodge their application within 14, 30 or 60 days of receiving a letter or risk losing welfare payments, access to Medicare, and the right to claim asylum.

“Asylum seekers were made to wait for years to be invited to apply for protection,” said Rebecca Dowd, co-chair of ALHR’s Refugee Rights Subcommittee.

“Imposing such short time frames now raises serious questions about the Australian government’s intentions. This places yet another series of obstacles in the path of people who need our protection.”

Ms Dowd notes that there are approximately 24,000 fast track applicants — those who arrived in Australia between August 2012 and December 2013 — who have been invited to lodge applications for a Temporary Protection visa or Safe Haven Enterprise visa.

The visa application form is some 60 pages long and applicants must complete the form in English along with a statement of claim. Lodging a complete and comprehensive application is crucial, given that review rights are limited under the fast track system. Review decisions are made by the Immigration Assessment Authority without a hearing, and applicants are not permitted, except in exceptional circumstances, to present new evidence or claims, she said.

ALHR also raised concerns over reports that the government had previously agreed to provide extensions to those registered in legal centres in order for them to receive help in lodging their applications.

Khanh Hoang, co-chair of ALHR’s Refugee Rights Subcommittee, said that the decision meant that many applications would be fast-tracked to fail.

“In matters of life and death, it is a fundamental tenet of access to justice and the rule of law that a person be given time and assistance to put forward their claim for asylum,” he said.

“Pro bono refugee centres are already stretched to breaking point due to cuts in federal funding.

“If an application is rushed or incomplete, it may result in an incorrect decision being made and a person being returned to persecution. This would breach Australia’s international obligations and could put the person’s life at risk.”

Mr Hoang also noted that removing access to welfare payments, such as Medicare and Centrelink, leaves asylum seekers in a vulnerable position.

“Asylum seekers on bridging visas are among the most vulnerable in our communities. The incidence of mental illness and self-harm within this group is well-known”, said Mr Hoang.

“ALHR holds grave fears that this decision could result in further incidences of self-harm among the asylum seeker population, in addition to grave financial difficulty.

“ALHR calls on the government to extend the application deadlines and reinstate funding to community legal centres as a matter of urgency.”

Legal body up in arms over asylum seeker deadline