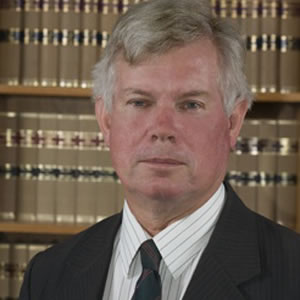 A number of recommendations have been made in the latest report to come from the Royal Commission into Institutional Responses to Child Sexual Abuse's inquiry, but some lawyers have said that law reforms must go further to make a real difference.

The Australian Lawyers Alliance (ALA) has welcomed the release of a new report concerning survivors of child sex abuse.

One of the latest documents to come from the royal commission is the report on redress and civil litigation. The report makes a key recommendation for all jurisdictions to remove limitation periods for child sexual abuse offences.

Dr Andrew Morrison SC, who is a spokesperson for the ALA, said the organisation considered the good work of the inquiry as an opportunity to secure justice for everyone.

He said enacting consistent reforms nationwide is the most direct way to deliver access to justice for all survivors of child sexual abuse.

“The Australian Lawyers Alliance believes that survivors of child abuse of a sexual, physical or associated psychological nature should benefit from the law reform that the royal commission has already started to inspire,” Dr Morrison said.

According to the ALA, some states are in the processes of considering or implementing limited reforms. The group added that wider changes to the law, beyond child abuse involving institutions, should be accommodated for.

At the ALA NSW state conference this month, the organisation issued its own report outlining what reforms are necessary for “fully accessible justice” and so that no survivor is unfairly prevented from accessing compensation.

Among broader changes, the ALA is advocating for is the removal of limitation periods for all compensation actions arising “from child abuse of sexual, physical, or associated psychological nature”.

The group also wants all the reforms to be retrospective, so that the option of redress is open to every survivor of child abuse.

Although the ALA hopes the benefit of the reforms extend to survivors of sexual abuse crimes that are not connected to an institution, the group is calling for additional changes where relevant.

These include attaching liability to institutions through the employment relationship those places share with alleged perpetrators, and measures to ensure that any “inadequate settlements” made under old laws do not prevent access to fair compensation.

The ALA also wants to see measures in place for a proper defendant to be identified; and where no proper defendant is nominated by an institution, that a trust or similar asset or insurance holding entity connected with the institution is liable to pay compensation to survivors.

“The ALA looks forward to working with any jurisdiction or policy maker to assist in realising these recommendations,” Dr Morrison said.

The royal commission aims to provide its report, with respect to criminal justice to government, by August 2017.