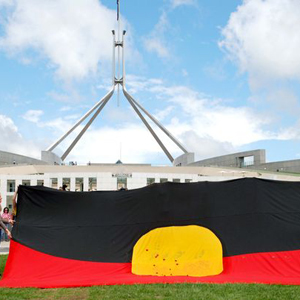 A panel of leading legal minds, academics and respected Indigenous leaders are petitioning against federal legislation which they say is racist and unwanted by those who will be mostly affected by it.

The panel came together on Monday (27 February) in Canberra, on the eve of the ‘Stronger Futures’ legislation’s passage through the lower house.

The panel discussed the legislation, which contains three Bills, that allows Indigenous peoples found carrying alcohol to be imprisoned for up to six months (or 18 months if carrying more than 1.35 litres).

“The Stronger Futures legislation represents a frontal assault on the rule of law in the sense that it essentially subjects Indigenous people in the NT to a much greater regulation of their lives than is tolerated by anyone else in Australia,” Greg Barns, national president of the ALA , told Lawyers Weekly.

McMullen said the “core discrimination of the first five years of intervention” is still in place, but that there is a far greater shift of control to Canberra.

“This has not been analysed by Australian media, but it has been by very good lawyers. Frank Vincent, the former Victorian Supreme Court judge, and … Alistair Nicholson have both looked very closely at this and the deception begins with the title of the legislative package,” said McMullen, who recently spent time with Indigenous elders in the communities directly affected by the last five years of Intervention.

“Coming down to the House of Reps after being with the elders [in Maningrida] is just like you’re travelling in different countries … There is such a strong rebuttal [by leaders of many of the major communities] of the government’s claim that they have approval for this,” he told Lawyers Weekly.

The Federal Government claims to have “consulted widely” on the Stronger Futures legislation, but has refused to release transcripts of the consultations which reportedly show widespread dissent from NT communities.

“It may be, right now, impossible to stop the new assimilation rolling over the top, but I think it’s our responsibility, and if you are a lawyer, then I cant see a more important responsibility than to begin a legal challenge to the ongoing discrimination and the dismantling of so much of the human rights framework that we’ve assembled ... I don’t think there’s been enough legal challenge to it … We need some more brave lawyers.”

Concerned that the Senate is, in the coming weeks, to vote on Indigenous rights legislation that will affect the NT for the next decade, Barns hosted a screening of an Indigenous documentary, Our Generation, before the panel discussion on Monday.

Five MPs attended the event. One of the filmmakers of Our Generation, Damien Curtis, said Minister for Indigenous Affairs Jenny Macklin responded to the film via a letter. “She basically just tried to justify the government’s position,” said Curtis.

“I think there’s a huge ignorance among MPs about the legislation and I don’t think they had even a chance to look at it or hear anything from their policy advisors before the legislation was passed through the house.”

Video commentary on the proposed Stronger Futures legislation by McMullen, Nicholson and Vincent can be found here: http://www.concernedaustralians.com.au/