Time up for racist laws 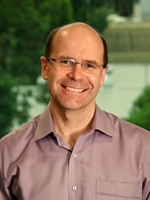 A leading constitutional law expert believes a referendum to officially recognise Aboriginal and Torres Strait Islander peoples in the Australian Constitution will be successful.

George Williams, the foundation director of the Gilbert + Tobin Centre of Public Law, told Lawyers Weekly that reforms to eradicate racist laws "should have been made decades ago" and that the referendum has a good chance of success.

"I think it's off to a very good start, and that hasn't been true of many referendums at all in the last 50 years," he said.

Yesterday (19 January), both sides of politics embraced a report by an expert panel of 22 Indigenous leaders, politicians and lawyers including Cape York leader Noel Pearson, senior partner of Arnold Bloch Leibler and co-chair of Reconciliation Australia Mark Leibler, and Queensland lawyer and ex-Law Council of Australia president Glenn Fergusson. The report recommends the removal of sections of the Constitution which allow people to be excluded from voting on the basis of race.

"Many people would be shocked and appalled that our Constitution still recognises the possibility for racial discrimination and actively empowers both the states and Commonwealth to bring it about," said Williams.

The new president of the Law Council of Australia, Catherine Gale, said this "removes the notion of 'race' as a basis for making laws and simply reaffirms Parliament's existing power to make laws for Aboriginal and Torres Strait Islander peoples, without which the Native Title Act, heritage protection legislation and other laws designed to protect Indigenous land rights, heritage and culture would lose Constitutional foundation".

Williams believes such changes will make a practical difference for Indigenous Australians.

"Freedom from racial discrimination is something I strongly support. The absence of that provision has been keenly felt by Aboriginal people ... and that's not just a matter of history," he said.

"For most of our life as a nation, [Aboriginals] were prevented from voting because of their race, and other policies affected the income they earned, where they could live and their capacity even to own land ... That's something that very directly affects their place in the community, their legal rights and entitlements, and their quality of living. Just look at the Northern Territory intervention."

While Williams admits that the proposed changes to the constitution wouldn't stop the Northern Territory invention, Williams said they "would prevent any type of intervention proceeding in a racially discriminatory way".

The expert panel's report also recommends recognition of English as the national language of Australia and recognition of Aboriginal and Torres Strait Islander languages as the original Australian languages.

Gale said that "while such a provision is only symbolic, it's a powerful statement about Australia's national heritage".

"Australia is one of the only developed countries which does not prohibit the making of racially discriminatory laws under its constitution," she said.

With bipartisan support, the Federal Government has committed to holding a national referendum on the issue during the current term of government or at the next federal election.

However, both Williams and the University of Wollongong's dean of law, Luke McNamara, said that an active awareness campaign is needed to precede any referendum. Of 44 referendum proposals put to Australians, only eight have succeeded.

"There needs to be a significant campaign of awareness-raising around the question of what part the Constitution plays in framing the values of a nation," said McNamara.

Williams said the biggest challenge will be "to maintain and build upon [existing support] and agree on a set of changes that have support across all different perspectives and parts of the political spectrum".

"That will necessarily affect what can be put to the people, but the key will be to get a worthwhile and viable proposal that has that political rapport and, personally, I think that can be achieved on this occasion," Williams said.

Time up for racist laws