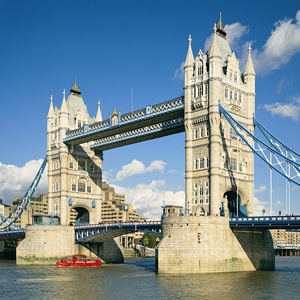 Slater & Gordon has splashed out around $80 million to enter the UK legal market.

Final approval for the sale is subject to the granting of an Alternative Business Structures Licence by the UK Solicitors Regulation Authority, which the firm’s managing director, Andrew Grech, expects to be issued over the coming few weeks.

“We spent three years researching what we think was a once in a 10-year opportunity to seize the day,” said Grech when speaking to Lawyers Weekly from London.

The UK is currently in the process of deregulating its legal sector, with the commencement of the Legal Services Act 2007 in October last year paving the way for big companies from outside the profession to enter the legal market and for UK law firms to list on the London Stock Exchange (LSE).

Grech said the firm spoke with about 30 law firms and claims management companies when looking to enter the British legal market, and said the decision to enter via an $80 million acquisition was “a fair price for a good quality firm”.

“From a cultural perspective, we are both very closely aligned,” he said. “Their history has some strong parallels with Slaters, in that both firms were both founded on the back of links with the trade union movement.”

RJW was founded in 1926 and specialises in personal injury and employment law. It has 425 staff across 10 locations in the UK.

A number of senior people from Slaters will also spend time in the UK to assist with the transition of RJW into the Slaters network. Executive director Ken Fowlie is already living in the UK, while Christine Heyting, Slaters’ general manager of human resources, will divide her time between Australia and the UK.

Cath Evans, who has previously run the firm’s personal injury practice in Victoria and is the current manager for corporate development and operations in Melbourne, will also relocate to the UK for two years to manage the IT operations and help manage the family law and crime and regulation practice groups.

Slaters was able to fund the purchase of RJW on the back of recent growth, with the firm pulling in $182.3 million in revenue for 2010-11; a 46.2 per cent increase on the previous period.

Grech said Slaters does not plan to purchase any more UK firms “in the short to medium term”, and that there are no immediate plans for the listed law firm to raise additional capital on the capital market.