Attrition of women lawyers under spotlight 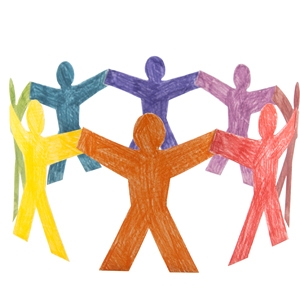 Marking International Women’s Day for 2012, the Victorian Equal Opportunity and Human Rights Commission (VEOHRC) launched its new Women in Law project on 8 March at the Law Institute of Victoria (LIV).

Marking International Women’s Day for 2012, the Victorian Equal Opportunity and Human Rights Commission (VEOHRC) launched its new Women in Law project on 8 March at the Law Institute of Victoria (LIV).

Launching an online survey as part of the project’s research into the experiences of women working in the Victorian legal profession, the VEOHRC sought the help of attendees at the breakfast launch to respond to the survey and help uncover why women continue to leave the profession at a high rate.

“The research depends on you guys going out and answering the survey,” said the VEOHRC’s acting commissioner, Karen Toohey, at the launch. “It also relies on you guys sending [the survey] out to your friends who both practise law currently or who have left the law, or who are thinking about what to do. So we really encourage you to respond to it.”

Thanking the audience of Victorian lawyers – and in particular a handful of male lawyers – for attending the launch, Toohey explained that the Women in Law project is the VEOHRC’s response to a clear need for more information that provides details as to how far the legal profession has come in tackling sex discrimination.

“Previous studies in Victoria have found that attrition rates from the legal profession are higher for women than men and that career pathways within legal practices differ by gender,” said Toohey. “With more women graduating from law and entering the legal profession each year, the Commission wants to understand how the sector is responding to changes in the gender balance and what can be done to improve retention rates and career outcomes.”

Lauding the VEOHRC’s Women in Law project, LIV president Michael Holcroft discussed the importance of understanding why women are leaving the law at such a rapid rate.

“We’re very honoured to launch this survey. It is something that we think is an extremely important initiative. The Women in Law project is of particular interest to our Diversity Program and our Attrition of Women in the Law Program, so we commend the Victorian Equal Opportunity and Human Rights Commission for making this issue a priority,” he said.

“We know that we have a shocking rate of attrition of females in the legal profession and any feedback that we can get to identify the reasons for this are to be welcomed. The study should also assist in raising awareness in relation to harassment in the legal profession workplace, and lead to a better understanding of the responsibilities of both employers and employees.”

The Commission’s online survey is available at humanrightscommission.vic.gov.au/womeninthelaw. The VEOHRC will report its findings towards the middle of this year.

Attrition of women lawyers under spotlight