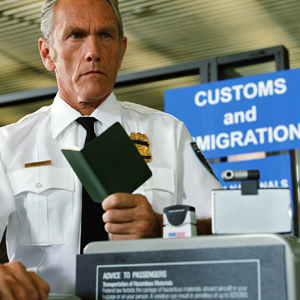 Reforms to employer sponsored migration and skills programs, announced on 9 March, have been met with a barrage of questions from lawyers.

Announcing the reforms at the 6th annual CPD Immigration Law Conference in Sydney this morning, immigration minister Chris Bowen said SkillSelect, a new points test coming into effect from 1 July 2012, would benefit applicants through online lodgement of expressions of interest (EOI) and give them greater confidence in a positive outcome when they pay their application fees.

A “strengthening and simplification” of the Permanent Employer Sponsored Program will allow employers throughout Australia to sponsor foreign workers for permanent residence to fill job vacancies in their businesses, he said.

“These visas are highly responsive to labour market demands,” Bowen told lawyers gathered at the Royal Automobile Club of Australia.

Chair of the Immigration Lawyers Association of Australasia Maria Jockel commended the Department of Immigration for its “innovation” in trying to balance economic, social and humanitarian obligations and polices in Australia, but said it was lawyers who were “subject to the worst aspects of that innovation”.

“It’s called constant change,” said Jockel, adding that the clash of law and policy was a topical and vexed issue in immigration given that there are 3,000 pages of law and 16,000 pages of policy.

Following Bowen’s keynote address, many lawyers had questions for the minister related to funding, processing and waiting periods that their clients face and the issue of mandatory detention.
Accredited Sydney immigration lawyer Michael Jones asked Bowen if there was “any chance” the backlog of skilled migration workers will be taken care of soon.

“I know it creates a lot of discord for people who are waiting … That backlog is one of the reasons for a lot of these reforms, SkillsSelect in particular ... I see substantial progress being made in that area in the next 12 months,” Bowen replied.

Late last year, Jones told Lawyers Weekly he believed SkillsSelect in 2012 would be a “disaster” because it would force people to spend a large amount of money doing extra skills assessments, extra English language tests and possibly translation tests to get points for their language.

“The best people are the people with the most options. If they look at Australia and see they’ve got to do all this, spend thousands of dollars and have no idea whether they’ll be accepted or not, they will not try and we’ll miss out on the best,” said Jones.

The minister was also asked to find “some way” to further fund migration review tribunals which have a mounting caseload and “extensive delays”, and whether he would look to close detention centres this year.

With a theme of "Current challenges-future trends", the conference aims to provide lawyers with CPD points, highlight and discuss the latest immigration law issues, and provide participants with a forum to exchange experiences.