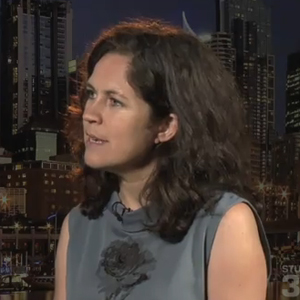 “Sometimes I think we spend too much time thinking about flexibility from our own perspective,” said Crabb, addressing a crowd of over 100 Baker & McKenzie lawyers, clients and friends.

Crabb called for a dismantling of the “cultural wall” that suggests men cannot work flexibly or delay coming back to work after their child is born.

“It’s a silent tragedy [fathers missing out on seeing their children] because of the utterly stupid idea that a male part-time employee is an anomaly,” she said, adding that there are productivity gains to be made if “perceptive and sensible employers” encourage men to work flexibly.

Crabb was the speaker at the inaugural Kathleen Thornton Memorial Conversation, part of the firm’s BakerWomen initiative designed to support women in their career development and to further engage with other women, clients and friends. Kathleen Thornton was a Bakers senior associate who passed away in 2006 from ovarian cancer.

Speaking to an almost entirely female crowd, Crabb shared her witty insights on the famous faces and current affairs of Canberra based on her 13 years as a national political journalist, keeping the audience laughing with her candour.

“It’s perfectly possible to be an editor, a minister or a partner [in a law firm] and have children … if there’s someone at home. But even the greatest husbands in the world aren’t wives,” Crabb said, adding that she had a “slice of wife” in her spouse, ABC colleagues and friends.

“Nicola Roxon is [one of] the only women in federal politics to have a young child under the age of seven. Most women politicians … either don’t have children or their children are grown up.”

In response to the recent departure of Assistant Treasurer and Minister for Sport, Mark Arbib, Crabb said she truly believes the reason he gave for his decision – that he was “missing his family”.

“I think the travelling around wears off remarkably quickly and some [fathers] are deeply unhappy,” she said.

Crabb also drew attention to the unequal judgement of women based on their appearance, compared to that of men.

She recalled times when she would catch John Howard on his regular morning walks for comment and reflected that if Julia Gillard donned a pink tracksuit and went for regular walks or jogs, the story would be something quite different.

“Make-up takes an hour of Gillard’s time everyday … How did we get to this odd place where we’ve got to be coloured-in before we see anyone or do anything?” she said.

Asked if she thought Gillard was extraordinary, Crabb said the Prime Minister was “bizarrely unflappable”.

“There have been some extraordinary things go wrong … She’s like a tungsten lady. It’s very impressive,” said Crabb, noting that politicians must be “bulletproof” with an unfailing sense of self-belief, tapered with the ability to take sound advice and hear “the important stuff”.

Crabb herself has been busy in recent weeks covering the leadership spill as ABC's chief online political writer, and also launching the television program Kitchen Cabinet, where she dines with politicians to talk food and whatever else might come up.

But despite her hectic schedule, Crabb said the “greatest feeling of professional satisfaction” she has had in weeks came when she thoroughly cleaned the play area of her two children, one of whom she said thinks she “lives in the TV”.

“Competence has many shades,” she said. “I used to think being good at my job was the only thing that mattered … I’ve got better at trusting my own judgement.”