Home/
News/
From the footy brawl to the firm (1)

From the footy brawl to the firm (1) 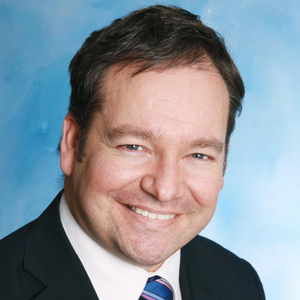 Baker & McKenzie partner Andrew Stewart went from the hurly burly of the Federal Court appeal into the broadcasting rights of football matches to introducing the keynote speaker at a function on 14 March._x000D_

Baker & McKenzie partner Andrew Stewart went from the hurly burly of the Federal Court appeal into the broadcasting rights of football matches to introducing the keynote speaker at a function on 14 March.

Stewart (pictured) introduced Kevin Lindgren QC, the former head of the Copyright Tribunal between 2000 and 2007, who was giving the keynote address at the Sydney installment of the Global Copyright Thinkers Series at the Sydney office of Baker & McKenzie.

Stewart is currently acting for SingTel Optus in an appeal before the full bench of the Federal Court with regard to an ongoing dispute concerning the broadcasting rights of rugby league and Australian rules matches.

“Those of you involved in lobbying the Federal Government for copyright reform would have recently watched with bemusement, and perhaps frustration, as the CEOs of two major sporting events gained hasty access to the Attorney-General and apparently the Prime Minister about copyright reform,” said Stewart in introducing Lindgren.

In addition to Stewart, Paul Forbes from Baker & McKenzie is also acting for SingTel Optus.

Kennedys Lawyers is acting for the Australian Rugby League (ARL) and the National Rugby League (NRL), with one of Australia’s leading sports lawyers, Tony O’Reilly, leading the team.

King & Wood Mallesons (KWM) is acting for the Australian Football League (AFL) and one of the firm’s most high profile clients from its days as Mallesons Stephen Jaques, Telstra. The lead partner for KWM is Maurice Gonsalves.

The ARL, NRL and Telstra mounted an appeal from the decision of a single judge of the Federal Court on 1 February that Optus had not breached copyright law by screening ARL and NRL matches live on free-to-air television with a two-minute delay. Optus made the vision available on mobile phones and handheld devices.

Telstra had previously paid over $150 million to gain the rights to screen AFL matches on the internet and handheld devices over the next five years.

AFL chief executive, Andrew Demetriou, likened the actions of Optus to theft and said they should be ashamed of themselves.

No mention of the elephant in the room
Those hoping for Lindgren’s thoughts on how the copyright matter between Optus and Telstra might play out were left disappointed. As the matter is still before the courts, Lindgren declined to comment.

However, in a humorous and wide-ranging address that lasted for around 40 minutes, Lindgren provided an insight into the thoughts of judges presiding over some of the most important copyright cases of the last decade.

In particular, he referred to Desktop Marketing Systems Pty Ltd v Telstra Corporation Ltd, which was an appeal case before the Federal Court in 2002 where he was one of the three presiding judges.

“Desktop lost, and at the time I felt a little disappointed for it, as I thought, ‘What will happen to Desktop?’ The whole business seemed to be based on this and apparently it was a useful service they provided to clients.”

Lindgren went on to add that he was “sad” when he heard that DMS subsequently went into administration and wondered whether “the decision may or may not have had something to do with it”.

In the latter case, in 2010 a full-bench of the Federal Court ruled that the Yellow and White Pages were not protected by copyright.

Justice David Yates found that due to the “overwhelming” contribution of computer programs to the Yellow and White Pages, “none of the compilations can be properly characterised, overall, as a work that originates from an author or authors, even though elements of authorial contribution are present”.

“The High Court refused special leave to Telstra to appeal this matter before the High Court,” said Lindgren.

“There is an interesting line in the transcript where Neil Young QC, who was appearing for Telstra, said to the bench in the special leave application, ‘Desktop Marketing has not been over-ruled’, and Justice Gummow said, ‘well, it is in a very poor state of health’.”

From the footy brawl to the firm (1)