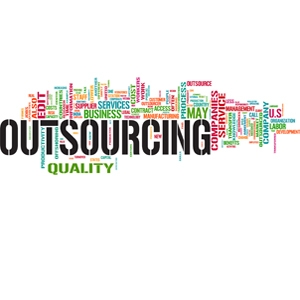 According to Deloitte’s 2012 Corporate Counsel Survey, Embracing a changing world, in an environment of change, more work is being outsourced by in-house teams to LPO providers and law firms.

The Deloitte survey highlights the ongoing budget pressures that corporate counsel are under and the drive to get value for money from legal services, leading them to become more focused on sourcing reliable providers who can help them manage their legal risks and costs.

“The intense cost pressure under which our clients operate, and the broader consolidation and globalisation of the sector, means that the demand for legal process outsourcing is stronger than it has been for some time,” said Deloitte general counsel Leslie Moore.

The survey revealed that 96 per cent of respondents have outsourced at least some legal tasks to external providers and more than 90 per cent said that, as a result of economic conditions over the past year, demand for legal services within their organisation has increased (48%) or remained the same (44%).

“Big international firms are seeking growth opportunities in this part of the world and LPO providers are becoming increasingly popular. In this environment, and at the top end of the legal services supply chain, corporate counsel are having to deliver more for less as they maintain a strong focus on providing high quality, but still cost effective, legal services,” he said, adding that being open to different ways of doing things, including LPO, is one way in which organisations are able to further enhance their cost management.

Fifty-eight per cent of respondents to the survey said they primarily outsourced more complex tasks, while 41 per cent said both routine and complex tasks were outsourced. Work outsourced included litigation, mergers and acquisitions, industrial relations and contract management. The survey also revealed a high level of satisfaction with outsourcing, with 63 per cent claiming they were “moderately satisfied” and 30 per cent “highly satisfied”.

“Corporates are definitely interested in [LPO] … They are very open-minded about it … I don’t think they really care whether [outsourcing] is direct or whether it’s through a law firm,” said David Holme, the managing director of LPO provider Exigent. “There’s definitely a trickle of momentum that will grow in the coming years.”

Holme, who is based in London but is currently working in Sydney, has experienced growing interest in LPO amongst corporate organisations in Australia and expects more as corporates embrace a “mixed economy model” of LPO and law firm offerings.

According to Holme, while some corporate counsels are initially concerned about what LPO is, how qualified the providers are and what happens if something goes wrong, they are less hesitant than law firms when it comes to utilising LPO providers.

“We find the corporate market very easy to engage with because we talk a similar language,” he said. “We don’t have that uncomfortable conversation which law firms quite often have when they’re trying to justify somebody who’s just come out of law school who is charging $200 an hour.

“Corporates are not negative about LPO at all … It’s just cost effective delivery of all these tasks, that’s all. They haven’t got any hang-ups and that’s a big difference to law firms.”