Roxon can leave her mark 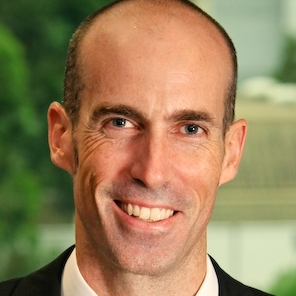 In the search for two new High Court justices Federal Attorney-General Nicola Roxon has the chance to leave one of the most significant legacies of the Gillard Government, according to an academic.

Discussing the imminent replacement of High Court Justices William Gummow and Dyson Heydon as they soon approach the retirement age of 70, Andrew Lynch, a professor at the University of NSW and director of the Gilbert + Tobin Centre of Public Law in UNSW’s faculty of law, noted the valuable power that Roxon holds as she begins the hunt for their successors.

“This is one of the most prized powers that executive government possesses, which is to put people on the highest court which is going to decide disputes in which [the government] is often a party,” Lynch told Lawyers Weekly.

“I think every government thinks very carefully about the appointment that it is making and what that will do to the direction of the [High] Court, and where it sits on issues such as federalism, rights protection and those kinds of questions – all of which bear very much upon the relative powers of government in Australia.”

While emphasising the difficulty which governments have when attempting to use such a power to achieve certain political outcomes, Lynch noted the potentially long-lasting impact of Roxon’s current position of determining the country’s future High Court justices, and the “carry-over effect” each government can have based on who it appoints.

“As history has shown again and again, it is very difficult for governments to predict how their appointees will behave once they arrive on the Court, although it’s a very valuable power,” he said, noting that Michael Kirby’s appointment to the High Court occurred under the Keating Government, but lasted until after the Howard Government’s reign.

“As the current Attorney-General has said, she is in the position of making two replacements to the High Court before the next election. That may well be one of the most significant legacies we have from the Gillard Government, and if it loses the next election, in that sense it has left its stamp.”

Illustrating the legacy left by the Government’s appointments to the High Court, Lynch pinpointed the current Chief Justice Robert French’s influence on the current political agenda since his appointment in 2008.

“The Chief Justice is an interesting example in that politically he had ties to the Liberal Party … He was appointed by the Labor Government. So it goes to show, in terms of judicial politics, that it’s much more complex than simply party history or affiliation,” he said.

“In terms of the impact he’s had … I think the Commonwealth [Government] would wish [the decisions of the French Court] had gone the other way. The Malaysia Solution decision is one which clearly created enormous difficulty for the Government and there are several of the current Government’s appointments on that Court.”

There is a growing sense amongst the Australian legal community that the current retirement age of 70 has forced a number of very able judges off the High Court, according to Lynch.

Although he agrees that a retirement age must be imposed, Lynch said parliament should be afforded the power to set the age through legislation, rather than leaving the power entrenched within the constitution.

“That would mean, of course that [the retirement age] would be much easier to change … There needs to be a retirement age but 70 is now perceived differently, I think, from how it was almost 40 years ago,” he said.

Roxon can leave her mark