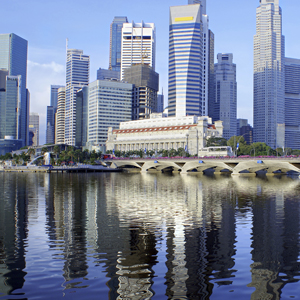 Squire Sanders has poached a former Freehills partner, who was the managing partner of a rival US firm, to launch an office in Singapore.

The firm officially opened its office in Singapore on 11 April after it had been granted a licence by the Attorney-General’s Chambers.

The fledgling office will be headed by Ignatius Hwang.

“I am excited to join Squire Sanders and to have the opportunity to launch an office in Singapore for a global legal practice with real ambition in the market,” he said.

Prior to joining Bryan Cave in 2008, Hwang was a partner at Freehills and led its energy and resources practice in Asia. Hwang will be joined by three lawyers in Singapore.

In February, Squire Sanders announced it had poached another partner of Bryan Cave with connections to the Australian legal market.

Peter Chow led Bryan Cave’s international arbitration and dispute resolution practice in Asia before taking a partnership position with Squire Sanders in Hong Kong. Prior to that, he spent time with Baker & McKenzie and Mallesons Stephen Jaques in Hong Kong, and was also a lawyer with Mallesons in Melbourne.

The opening of the Singapore practice means Squire Sanders now has 37 global offices.

It is the first office the firm has opened in the Asia Pacific since it started its Australian practice with an office in Perth in October last year.