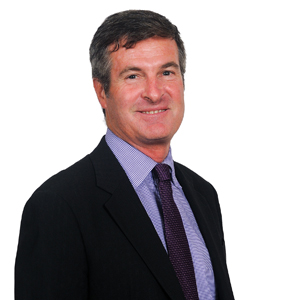 Despite the growing awareness of mental illness throughout the community and the legal sector, Australia’s top companies are still failing to recognise and manage mental health risks in the workplace.

Despite the growing awareness of mental illness throughout the community and the legal sector, Australia’s top companies are still failing to recognise and manage mental health risks in the workplace.

A poll of ASX-300 companies by Chartered Securities Australia (CSA) has revealed that over 40 per cent of participants do not perceive mental illness as a potential risk to their organisation. Of those that do see it as a risk, close to half said their organisation did not have policies in place to manage the risk.

In addition, nearly 70 per cent of companies said they do not have a dedicated and properly trained staff member to identify and manage an employee suffering from mental illness.

“Despite widespread commentary on the extent of mental health in the community, it still has not registered on the corporate radar,” said CSA’s chief executive Tim Sheehy (pictured).

“In fact, concern about mental health in the workplace seems to be at a similar stage as we were with OH&S in the construction industry 30 years ago, when one or two fatalities were widely considered as an ‘unfortunate’ cost of doing business. That degree of indifference would simply not be tolerated today.”

According to the CSA, research has shown that Australian businesses lose over $6.5 million each year by failing to provide early intervention and treatment for employees with mental health conditions.  In relation to psychological injury claims, work pressure accounts for around half of all claims, compared to harassment and bullying, which account for around a quarter of claims.

While some of Australia’s top companies are still failing to recognise and address the risks of mental illness in the workplace, the risks associated with mental illness are increasingly recognised within the legal industry.

In recent years, mental illness has been recognised as one of the biggest threats to Australia’s legal industry, with countless reports revealing the devastating effects of depression and anxiety and the high incidence of mental illness in the legal profession, compared to any other.

Thanks to the significant efforts made by organisations such as the Tristan Jepson Memorial Foundation to increase education about mental illness, it has slowly crept its way onto the legal profession’s radar.

Despite this increased awareness, mental health remains a huge issue and threat to the profession.

“I think it’s much more open now in terms of talking about [mental illness] and recognising it, reflecting society in general, but I do think, unfortunately, we’re still dealing with many of the symptoms and not the cause,” said consultant and former Middletons chief executive John Chisholm, when speaking to Lawyers Weekly late last year.

“That’s something we risk as a profession if we don’t start looking at the causes and stop dealing with the symptoms.”