Home/
Politics/
Does the Pell trial demonstrate that suppression orders are futile?

Does the Pell trial demonstrate that suppression orders are futile? 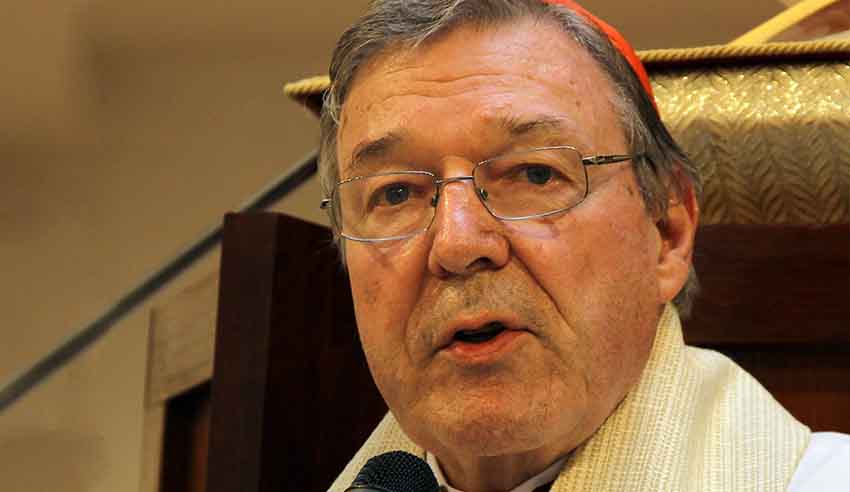 In today’s landscape, there exist real questions as to whether suppression orders should continue to be made, argues a Sydney-based managing partner.

The place of suppression orders

In the case of Cardinal George Pell, the imposition of a suppression order was “fairly conventional”, Marque Lawyers managing partner Michael Bradley said, in light of the fact that he had been convicted in one trial but still had a second trial to go through.

Speaking to Lawyers Weekly, Mr Bradley said that in the pre-internet world, such orders were solidly justified, because of the “obviously prejudicial effect on potential jurors” sitting on the second trial following the first conviction.

But, these days, “there is a real question” as to whether suppression orders should continue to be made, he said.

“They are routinely circumvented, as happened in this case, because Australian courts can’t bind overseas media and trying to shut down information on the internet is a pointless exercise. It’s argued that they do still have utility because, while people who want to know what happened can find it if they search for it, it isn’t on the front page of their local paper or on the evening news bulletin. Given how most people get their news now, that’s a naïve view,” Mr Bradley posited.

“The issue in my view is whether, in persisting with suppression orders which will inevitably be ineffective, the courts are starting to undermine their own authority. That’s something which judges should be considering seriously.”

Consequences for breaking such orders

As has been pointed out online and across media platforms in the day-and-half since the suppression order on Cardinal Pell’s conviction was lifted, the primary consequence to the breaching of a suppression order is the threat to the administration of justice.

In this particular case, it was ultimately inconsequential given that the second trial was aborted, but had it proceeded and resulted in a conviction, Mr Bradley argued, the cardinal’s lawyers could have submitted “that the pool of jurors had been hopelessly compromised by exposure to news of the first set of convictions, in breach of the suppression orders, and that the second conviction was therefore unsafe”.

Or, he added, they could have pre-empted that by asking for the whole case to be dismissed.

“For the media who breached the order, they’re looking at some pretty serious consequences. The court has unlimited power to punish contempt, including fines and imprisonment,” he said.

“Apparently, the judge was extremely angry back in December, and the fact that the [Victorian Department of Public Prosecutions] has written to over 100 journos [sic] and organisations about this indicates that some scalps may be taken as a warning to everyone.”

Call for a review of suppression orders, need for uniformity across jurisdictions

One day after the suppression order on the Pell verdict was lift, the Law Council of Australia called for national uniformity of suppression orders and an examination of whether such need to be reviewed in the digital era.

In a statement, LCA president Arthur Moses SC said he will be asking Attorney-General Christian Porter to refer the matter to the Australian Law Reform Commission for an inquiry.

“At its core, this issue involves striking the right balance between open justice, including the public interest in court reporting, and the right of the individual to a fair trial. In an age of digital communication and globalisation, uniformity of suppression orders across Australia should be considered and we need to recalibrate the balance,” he posited.

“This is important in order to ensure that suppression laws are fit for purpose and promote open justice. Suppression orders should operate in a consistent manner across Australian jurisdictions – which does not currently happen – to ensure that the right balance is achieved between open justice and the need for suppression.”

“Media reporting of cases that come before our courts is central to open justice, Mr Moses continued, and it means that “not only is justice done, it is also seen to be done”.

“Open justice is one of the fundamental attributes of a fair trial and this means wherever possible, media should be able to report on matters that come before our courts. While suppression orders and closed hearings are appropriate in particular cases, such as family court hearings and when hearing evidence from child witnesses, or where an accused may otherwise be unable to obtain a fair hearing, their need should always be balanced with the broader public interest in open justice.

“The internet has no borders, so something that is suppressed in Australia can be reported in other countries by journalists who have not been present in the court room. Our journalists are amongst the best trained and respected in the world and informed reporting of our legal system maintains public confidence in the judiciary and the courts.”

“This is a matter that needs review – it was first put on the table 10 years ago and needs resolution. The time is now,” he concluded.

The Teacher’s Pet, and the dangers of trial by media

The Pell case is, perhaps, another demonstration not only of the potential futility of suppression orders, but also the dangers of trial by media. The risk of such a scenario “exists and is growing”, Mr Bradley said, in light of the myriad ways that media is evolving.

This danger was highlighted recently with The Teacher’s Pet podcast, when in December of last year, there were serious concerns that the ongoing availability of episodes would impact upon due process, or raise a “real risk of contempt”.

“The fact is that nobody gets their news in fixed daily doses anymore, it’s delivered and received in real time with constant pressure on media to be reporting the news as it breaks,” Mr Bradley explained.

“Cases like Pell’s are inherently of interest to everyone, so the media will respond accordingly, and they will fill the gaps of genuine information with rumour and speculation.”

In order to understand the enormity of this, it is necessary for Australians to consider the American example, he noted, since it appears that our media landscape is headed in a similar direction on such matters.

“A consequence of this is trial by media and increasing risk of legal cases being corrupted by that process. Accused persons will justifiably raise this in their defence, and convictions may become even harder to secure,” he surmised.

“That’s not an argument for cracking down even harder with suppression, it’s a basis for reconsidering the entire criminal justice system and adapting it to the new reality.”

Lawyers Weekly asked Mr Bradley if, in light of how suppression orders have been handled – in varying ways – by Australian and overseas media outlets, whether there were any lessons to be learned, or warnings to glean, for the Victorian Royal Commission into the Management of Police Informants, and specifically looming revelations of the identity of Lawyer X.

But the Lawyer X case has quite different considerations, he responded, for the reason that the purpose of suppression orders in that case have been “purely protective for the personal safety” of the Melbourne barrister in question.

“It is an example of the extremely liberal approach which Victorian courts have taken to the granting of suppression orders for all sorts of reasons. They hand out twice as many such orders as the NSW courts, with a vastly smaller caseload. It’s been out of control for a while now; the default position there is to order suppression and pretty much ignore the over-arching principle of open justice in favour of the ‘rights’ of the accused,” he reflected.

“In the Lawyer X case, there were good reasons to fear for the person’s safety, but there was no justification for otherwise protecting that person from public exposure, given the extremely serious nature of the allegations and their implications for the integrity of the entire criminal justice system in Victoria.”

“Trying to keep it secret was a very bad look, from a wholistic perspective.”

The role of lawyers

In cases such as that of Cardinal Pell, Lawyer X and The Teacher’s Pet, the role of lawyers remains clear: in the words of Mr Bradley, it is “to preserve and protect the rule of law, including the integrity of the justice system of which we are part”.

That’s an intrinsic part of our function as lawyers, he said, and takes priority over our clients’ interests and our own commercial interests.

“We can criticise the system and argue for reform, but we have to be mindful of not actively undermining public confidence in the system. I have seen some commentary from a high-profile lawyer, in relation to the Pell verdict, which I think oversteps that line by implicitly suggesting that the jury got it wrong. That, in my view, is inappropriate,” he said.

“For better or worse, we have a jury system, and it is incumbent on us to accept its outcomes as definitive. If we undermine that, the whole thing collapses.”

Does the Pell trial demonstrate that suppression orders are futile?

SA heritage protection laws could be a model for others