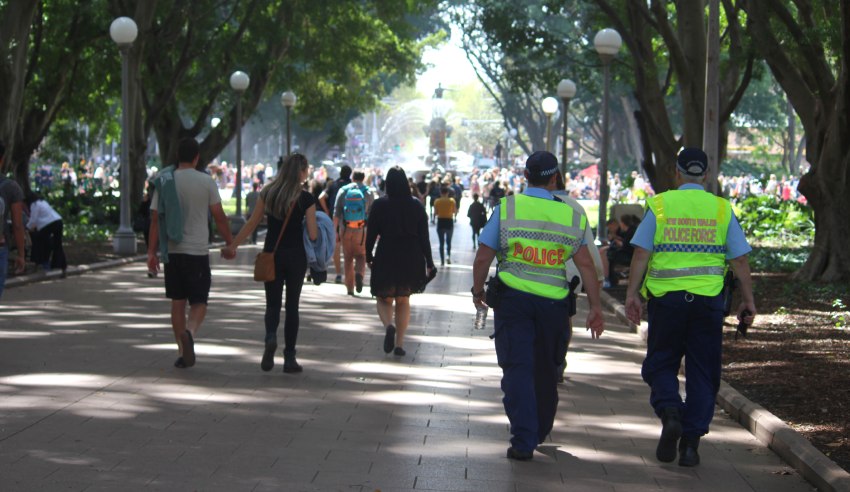 In a letter to the NSW Police Commissioner, a legal body has expressed concern over the way volunteer Legal Observers are being treated at protests across the city.

In a letter addressed to Commissioner Michael Fuller APM, president of NSW Council for Civil Liberties (NSWCCL) Pauline Wright raised concerns over the treatment of volunteer Legal Observers by police at a number of protests in Sydney during recent months.

Ms Wright wrote that the function of Legal Observers is neither respected or understood properly by Sydney police and immediate action needs to be taken.

While the presence of Legal Observers is generally requested by protest organisers, they act as an independent part of the protest itself and do not take part. Generally unpaid volunteers, their role is to improve the accountability of the police and protect the rights of the protesters. Legal Observers hand out information cars, brief people about their legal rights and document the protest through note-taking, photographs and video interactions. They are recognised as human rights defenders by the Office of the United Nations High Commissioner for Human Rights and therefore fall under the protection of the Declaration on Human Rights Defenders.

“We do recognise that policing of protests, particularly in the current climate, is a difficult and important function. However, in the absence of any police misconduct, police should have no concerns regarding the presence of Legal Observers or their recording of events,” the letter stated.

“Several recent interactions have been brought to our attention. During all of these interactions the Legal Observers were clearly identified via pink hi-vis vests bearing ‘Legal Observer’ lettering, which has become familiar to police officers over the course of protests over the past year.”

The letter alleges a number of incidents wherein police stopped Legal Observers from recording specific interactions between protesters and police, as well as generally intimidating and confronting behaviour from Sydney police towards Legal Observers.

In one instance, NSWCCL alleges police officers instructed a Legal Observer to direct protesters, when their role is merely to observe. In another, a team of approximately six police officers is alleged to have placed themselves between a Legal Observer and an interaction they were recording – not moving until letters from both the NSWCCL and Amnesty had been produced and inspected, and the Legal Observer had identified themselves, causing her to feel distressed and “intimidated by these physical interactions.”

The letter calls on Sydney police officers to be briefed properly about the role of Legal Observers, and ensure that they do not obstruct Legal Observers in any way, shape or form.

“It is a hallmark of a successful democracy such as ours that the legal right to protest is upheld by police and that includes respecting the important role that Legal Observers can play,” Ms Wright concluded.