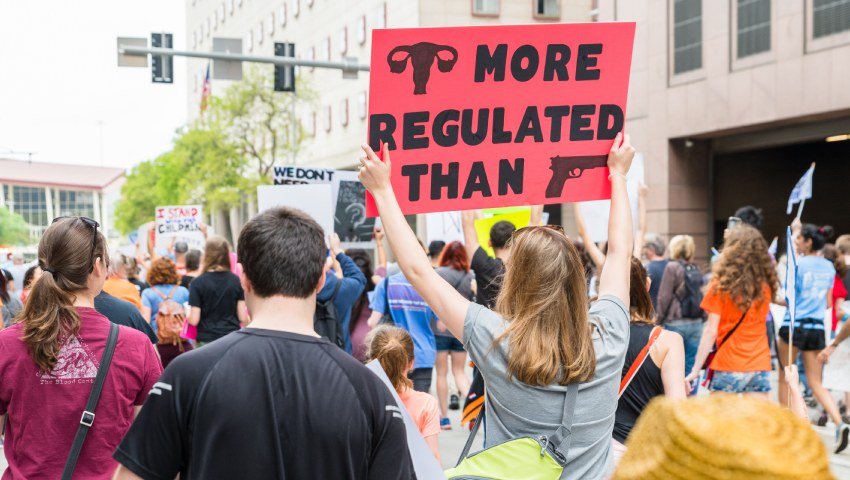 After a draft majority opinion of the Supreme Court of the United States was leaked earlier this month, one legal institute has warned that banning abortions across the US would represent a massive step back.

Millions of American women have faced the potential of their right to choose being taken away, after the potential that the landmark 1973 ruling in Roe v Wade will be overturned following a leaked document.

In the Roe v Wade decision, upheld in Planned Parenthood v Casey (1992), the Supreme Court of the United States (SCOTUS) held that the US constitution protects the right to choose to have an abortion prior to foetal viability. However, a leaked draft majority opinion of the SCOTUS in the case of Dobbs v Jackson Women’s Health, which considers the constitutionality of a Mississippi law that bans most abortions after 15 weeks, holds that “Roe and Casey must be overruled. The constitution makes no reference to abortion, and no such right is implicitly protected by any constitutional provision …”

This has sparked outrage across the world – and International Bar Association’s Human Rights Institute (IBAHRI) co-chair, and immediate past secretary-general of the Swedish Bar Association, Anne Ramberg Dr Jur hc, said that the leaked opinion is of great concern.

“Roe v Wade is the backbone of reproductive rights in the United States, ensuring a woman’s right to choose for almost 50 years,” she said.

“To overrule it would reverse one of the most important precedents in US history and represent a backwards step at a time when several countries in the Americas – including Argentina, Colombia, and Mexico – are moving forwards in the protection of reproductive rights. The IBAHRI urges the Supreme Court to protect the rights of women, including to have an abortion.”

Whilst banning abortion has little or no effect on the number of abortions in the world, data from the World Health Organisation has shown that 47,000 people die from unsafe abortions per year, with upwards of 5 million hospitalised from complications.

“The right to choose whether to have an abortion is a fundamental pillar of women’s reproductive rights. Yet factors such as disability, gender identity, poverty and race are inherently intertwined with access to abortion services,” she said.

“Overruling Roe v Wade would have a devastating impact on the lives of women, especially for low-income women and women from marginalised communities. Permitting abortion bans will not stop women from undergoing this procedure, but will rather cause a rise in unsafe abortions, which according to the Office of the High Commissioner for Human Rights, result in almost 8 per cent of maternal deaths annually.”

IBAHRI co-chair Mark Stephens CBE added that if abortion laws were reversed, it would result in “a direct assault on the legal rights, dignity and lives of women”.

“A woman’s bodily autonomy is an inalienable right in international human rights law. Denying access to health services that only women require, including abortion, is an example of gender-based discrimination, and can constitute gender-based violence, torture and/or cruel, inhuman and degrading treatment. Ensuring access to abortion services in accordance with human rights standards is part of the United States’ obligations in law to eliminate discrimination against women and to ensure women’s right to health as well as other fundamental human rights,” he said.

“Treaty body jurisprudence has consistently recognised the universal principle, that denying women access to abortion will amount to decriminalisation, and also violations of a woman’s rights to health, privacy and, in certain cases, the right to be free from cruel, inhumane and degrading treatment – by being arbitrarily required by law to carry a foetus to term.”

According to the Center for Reproductive Rights, if Roe v Wade is overturned, abortion rights would be protected in fewer than half of the US states and none of the US territories. These states, where many women already face barriers in accessing abortion services due to structural and intersectional discrimination, could halt legal protections for abortion or prohibit them entirely if abortion laws are reversed.

“It needs to be remembered that the need for legal abortion to be safe and accessible was supported by states at the International Conference on Population and Development (ICPD), held in Cairo in 1994. At that conference, states recognised unsafe abortion as a major public health concern, and whilst pledging their commitment to reducing the need for abortion through expanded and improved family planning services, at the same time recognising that, abortion should be safe. And also recalling that the exact same language on abortion was adopted by states in the Beijing Platform for Action, which was agreed at the 1995 Fourth World Conference on Women,” Mr Stephens added.