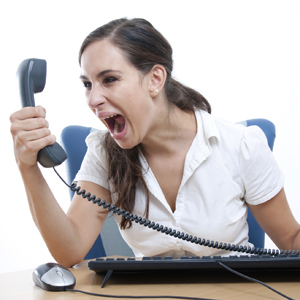 If you're like Folklaw, you treat quitting your job with the false solemnity you’d adopt for the funeral of an annoying family pet. You stifle that Jerry Maguire-style wig out that has been building up inside you for years, act a little sad and maybe say a few thoughtful parting words.

If you're like Folklaw, you treat quitting your job with the false solemnity you’d adopt for the funeral of an annoying family pet. You stifle that Jerry Maguire-style wig out that has been building up inside you for years, act a little sad and maybe say a few thoughtful parting words.

However, some people, like the former marketing director at Michael A. DeMayo law practice in North Carolina in the US, just can't resist expressing exactly how they feel, living out the “I'll show them” dreams of frustrated employees everywhere.

In a stinging 680-word departure memo to her boss, attorney Michael A. DeMayo, the frustrated female went for the jugular, telling him that: “Of all the THOUSANDS of people I have met over the past 38 years, you are by far the most egotistical, self-absorbed, delusional, disrespectful and narcissistic.”

However, the memo does give the impression that  DeMayo isn’t the sort of person to get overly upset by such complementary remarks, with our heroine adding:  “You don’t value or appreciate ANYONE who works there … any of your employees could walk out today and your response would be ‘F*ck ‘em!’.”

But perhaps DeMayo should have taken heed of that wise old saying: “Hell hath no fury like a woman scorned”.

The ego has landed

For this exasperated employee, who certainly intended the email for public consumption, reportedly had a nugget of cringe-worthy gold that would blow the lid on the unadulterated egotism of her attorney boss.

A chain of emails between the ex-employee and her boss regarding obtaining tickets to a Madonna concert in the locality was attached to the departure memo.

In the opening gambit DeMayo allegedly states that although he’s “not crazy about Madonna” he wants front-row seats for the gig, apparently because his other lawyer friends have told him that a man of his standing should be entitled to them.

When his employee, after much sweat and tears no doubt, eventually comes back with what seems a reasonable allocation of four tickets in what is called the Royal Box, De Mayo is less than impressed:

“Not remotely interested in those seats. I said premier seats. Tell them I can do much better on my own with floor seats with one five-minute phone call. Really? I am not impressed. No thank you,” he writes.

“If this is the best they can do tell them they really need to raise the bar.

“I am not really sure who they think they are dealing with but if it is not the best or first class honestly I will never be interested or impressed. Tell them to review what I spent last year and see how much of that they want to see this year.”

I guess DeMayo was taking advice from Madge herself … for wasn’t it the Queen of Pop who once famously stated: “Sometimes you have to be a bitch to get things done.”