You’re hired! Now, here are the directions to my relative’s house... 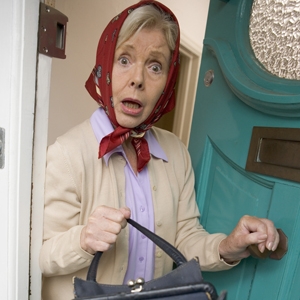 There have been several occasions when Folklaw has cursed the natural law of things, particularly the fact we can’t choose our relatives.

There have been several occasions when Folklaw has cursed the natural law of things, particularly the fact we can’t choose our relatives.

However, annoying as we might find them, we can choose not to steal from them.

Unlike Varunashri, a 30-year-old female lawyer from Chennai in east India, who was arrested last week by Bangalore police for a rather strange crime - hiring a gang of thieves to burgle houses, including those of her relatives.

This bizarre story emerged after police nabbed Manjunath (alias Duck Manja), a career criminal allegedly involved in over 37 house robberies in and around Bangalore.

According to police, Manja spilled the beans on Varunashri during interrogation following his most recent arrest alongside two other criminals, Ravi George (alias Sebastian Doyas) and S Krishnamachari (alias Ramachari of Kamalanagar).

Manja informed police that his gang had been previously hired by Varunashri – a lawyer in the Chennai High Court – to break into houses, adding that she even represented him in court whenever he got in trouble with the law.

Manja said Varunashri used to give him the address of her relatives and let him know when they were overseas so he could raid their homes.

Police said they recovered ill-gotten gains worth A$10,450 from the possession of the suspects, including 1.5kg of gold, 20kg of silver ornaments and household materials.

Manja was arrested in 2006 when he stabbed two constables in a bid to escape after another theft and was sent to jail for seven years. This is where he came into contact with Varunashri, who helped him make bail.

Manja was in constant touch with Varunashri by mobile phone. Based on his call history information police were able to recover the relevant calls to Varunashri and she was subsequently arrested.

Police said Varunashri collected the stolen goods from Manja and the swag was shared among her, Manja and his associates.

You’re hired! Now, here are the directions to my relative’s house...