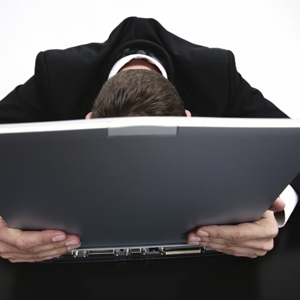 The Law Society of South Australia was left rather red faced this week after it issued a media release entitled: ‘Help – I need a lawyer!’

The Law Society of South Australia was left rather red faced this week after it issued a media release entitled: ‘Help – I need a lawyer!’

At first glance the title and content of the release appear harmless, only providing details of a community seminar on ‘how to choose a lawyer’ to be hosted by the Society on Friday (25 May).

The release ends with a run-of-the mill comment by Law Society of SA President Ralph Bönig stating the seminar “will provide helpful advice to the members of the public who may require the services of a lawyer”.

Unfortunately for Bönig, timing is everything in life. This particular release from the society’s media centre couldn’t really have come at a more inopportune time for the head of the state's peak legal body.

Because Bönig might now need a lawyer himself after becoming embroiled ina bitter legal dispute over unpaid fees of almost $180,000 owed to two Adelaide criminal lawyers.

As reported on the Adelaide Now website, Bönig allegedly owes the money for services provided by lawyers Lindy Powell, QC, and Noelle Hurley.

It has been reported that barrister Hurley has lodged a formal complaint with the Legal Practitioners Conduct Board over the non-payment of $80,000 in fees.

“Several of Adelaide's senior lawyers have questioned whether Mr Bönig should have been re-elected president while the dispute over fees was underway and believe his position ‘has become untenable’,” Adelaide Now reported.

The story added that Bönig intends to settle the debts by selling his Prospect home.

Folklaw will endeavour to find out whether Bönig is in (crowd) attendance at the first session of Friday’s seminar, which carries the tagline: “If you think you need a lawyer but have concerns about the potential cost, or how you go about choosing a lawyer, then this is for you.”