Suspended lawyer racks up more than $US100,000 in fees 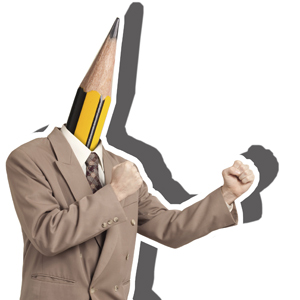 A lawyer restricted to an annual salary of $US60,000 has caused outrage, by not only billing more than _x000D_ $US110,000 for seven months work, but by sending a handwritten invoice.

A lawyer restricted to an annual salary of $US60,000 has caused outrage, by not only billing more than $US110,000 for seven months work, but by sending a handwritten invoice.

The El Paso Times reports that local lawyer Teresa Garcia was hired by the El Paso Emergency Services District (ESD) No. 2 three months after being suspended by the state bar for the non-payment of dues and occupational taxes.

Under the terms of her contract in late 2009, Garcia was allowed to charge $US200 to $US250 per hour, while in April this year that contract was renegotiated to cap her salary at $US60,000.

In the last seven months, the El Paso Times reports that Garcia has billed the ESD for more than $US110,500.

“Oh my God,” said ESD No. 2 board president Carlos Sandoval when approached by a reporter from the El Paso Times. “No wonder she gave us her billing statements on yellow legal pads and in handwriting rather than documenting it on a computer.”

To further muddy the waters, Sandoval is under a cloud himself after the issue of Garcia’s contract and licence arose following a “personal matter” involving Sandoval that was discussed at an ESD board meeting behind closed doors.

Sandoval believes the allegations being made against him are a form of retaliation by Garcia after having her salary cut, something that Garcia denies.

Folklaw is intrigued by the allegations of overcharging, ‘personal matters’ being heard behind closed doors, tit-for tat allegations of impropriety and the scandal of sending a handwritten invoice through in this digital age in El Paso, which sits on the US side of the Texan border with Mexico.

However, not everyone is complaining.

“As far as the job she has done for us, she has been more than satisfactory,” said ESD No. 2 vice president Bill Adler with regard to Garcia’s work.

If the client doesn’t complain, what’s the problem?

Suspended lawyer racks up more than $US100,000 in fees