Are you filing alright? 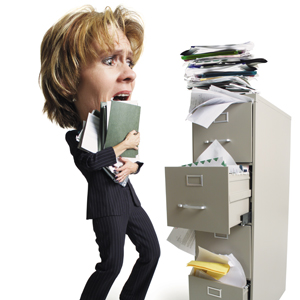 Document management, and trying to make sense of opposing counsels’ document management systems, can be an arduous task for lawyers. But Robyn E I Hanney says there are simple systems you can implement in your practice to make it easier to find the documents you want, when you want them.

Document management, and trying to make sense of opposing counsels’ document management systems, can be an arduous task for lawyers. But Robyn E I Hanney says there are simple systems you can implement in your practice to make it easier to find the documents you want, when you want them.

Last year we acted on an international arbitration for a Canadian resources entity claiming against an Australian trading entity represented by UK lawyers.

Those UK lawyers had the typical ‘watch and learn, you colonial hicks’ attitude commonly encountered among their countrymen. I was reassured to learn this wasn’t personal; it’s the standard attitude amongst litigants and actually they were rather polite for litigation.

After the usual posturing we received their discovery list, supposedly generated using their superior client’s superior metadata generated from their superior database. That list contained 2,794 documents, many with such meaningful titles as ‘Christmas Greetings’ and emails identified as being from Harry Smith, and a number of documents dated very close to the date proceedings commenced. The documents were numbered sequentially in the order they had been provided to the database, so that the only apparent order to the documents was chronological.

The ‘Christmas Greetings’ emails were from the general manager to all staff at Christmas, summarizing the current state of business and next year’s prospects. The emails from Harry Smith were really Harry Smith forwarding emails from Joe Blow and others. The contemporaneous documents were really dated two or three years ago but had been provided to the database on the date set out in the discovery list.

Since the general manager’s knowledge of events was one of the facts in issue some ‘Christmas Greetings’ turned out to be pertinent. Joe Blow was one of the key parties, and he was in an incendiary state of mind. The dates of correspondence were significant as they built a picture of the parties’ knowledge at particular times.

You may not wish to keep reading, because you are so familiar with the above issues. We estimate that such unhelpful lists, which satisfy the criteria in the Supreme and Federal Court Rules, as well as the State Records Act, significantly add to the time and cost in reviewing and managing documents.

To give you a more concrete example, the Federal and Supreme Court Practice Notes, and the NSW Recordkeeping Metadata Standard – Technical Specification, provide variously that the title of the document can contain up to 254 or 255 characters, or that it states the name of a record or group of records. We once reviewed approximately 2400 documents provided on a website for completion, of which documents 1500 – 1900 were titled Trademark Certificate. Not particularly useful when your client has hundreds of different trademarks registered in jurisdictions as various as Malawi, Bogota or Burma and you need to find a certificate for a particular mark, or you need to determine which trademarks have less than a year until expiry. Nothing in the rules referred to above requires you to capture that expiry information, or what trademark or particular piece of technology was covered.

While the rules set out what fields must be used, and what they should contain, like the content of many people’s document reviews, they don’t consider the context of the information. When an email forwards another it’s just as important, if not more so, to know what is forwarded as it is to know who forwarded it. It is important to be able to group topics in relation to the same circumstances together (e.g. an agreement and correspondence about it), which need not be chronological. 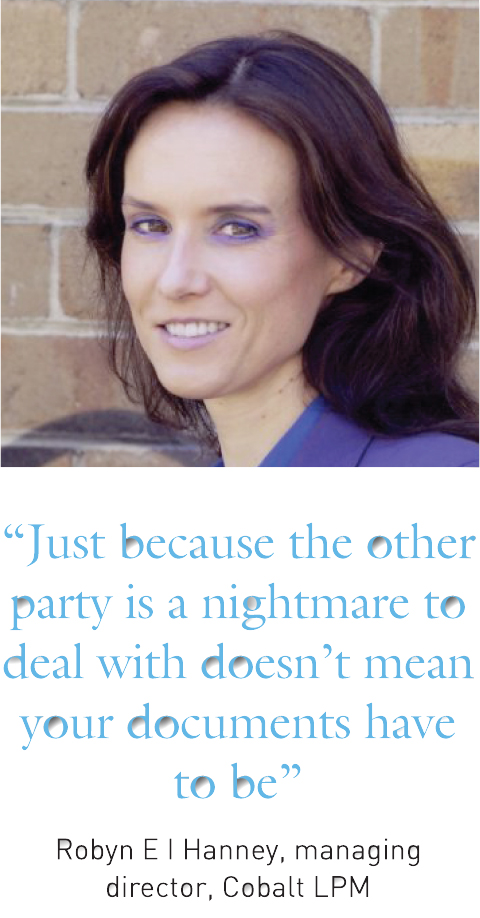 This then leads to substantive answers. It is not sufficient when reviewing a document just to tick fields that the document is relevant to, because when you are using that list the list of relevant issues will be fluid and documents may be needed for reasons tangential to the main issues. So, when reviewing a document, make sure you have a field where you can give a sufficient snapshot of the document’s key purpose/content that, if you are suddenly asked to find all documents relevant to an issue you’ve never thought of, you can do so by searching your document list rather than needing to re-review 2000 documents.

Equally, putting yourself in the user’s shoes leads to some procedural matters. It is scientifically proven that the human brain processes information according to form. Where information looks the same the brain is quick to focus on differences. So it is logical that if you have 400 documents of the same nature you should use a consistent format for their description, and put whatever is different at the end of that description, so that the brain can pick it up more easily. The person searching the document list can then also find it when using ‘Ctrl+F’ or a database search field.

I once sat with a former partner of a well-regarded firm who was conversant with technology. I explained in some detail the extent of the document review exercise we had undertaken last year and how useful the information we captured as part of reviewing the documents had been. I was dumbfounded when he asked: “And how did you do that – I suppose you use a program for that?” Yes; the program is called the human brain combined with years of experience.

You needn’t provide all this helpful information to the other side, but it will save a lot of your time if you capture it for yourself. On our arbitration we amended the other side’s index as part of our document review so that it became much more helpful to our counsel and to the solicitor running the litigation. We took great pleasure in stripping information out of the list we provided to the other side and, even then, our descriptions were far more meaningful than ‘Christmas Greetings’ stripped out of the subject line of the email. It was very satisfying to have a well-known practitioner of many years’ experience remark continuously how useful our list was and how every piece of information in it derived from our reviews was correct, because she had cross-checked some of the key documents. It was even more satisfying to render a QC speechless because he wasn’t used to documents lists containing as much information and being able to be used as many ways as ours.

I know it’s futile in litigation to cry ‘Why can’t we all just get along’? But just because the other party is a nightmare to deal with doesn’t mean your documents have to be.

Robyn E I Hanney is the former head of due diligence at Allens and the managing director of newly-formed company Cobalt LPM, which provides document review and legal project management services.

Are you filing alright?