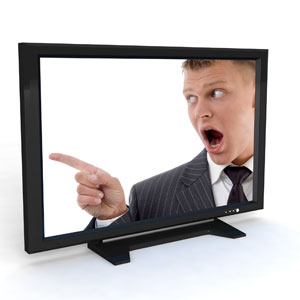 While Griffith was a veteran of the small screen, the role that made him a legend in legal circles was Benjamin Leighton ‘Ben’ Matlock, a smart, down-to-earth lawyer with a penchant for hot dogs.

He may not have had the sophistication of Perry Mason – always fronting up to court in a shabby grey suit – but don’t let his unkempt appearance fool you.

This Harvard-educated lawyer had a remarkable ability to get the perpetrator of a crime to confess while being questioned in court. Matlock also had the good sense to visit crime scenes where he would discover clues otherwise overlooked by an apparently incompetent police force.

Folklaw may have, on occasion, doubted his alternative theories of how a crime was committed, with some requiring a substantial stretch of the imagination, but by the end of each episode you wondered why you ever doubted him.

The likeable, yet bad-tempered, lawyer also had a way with words.

“What’s the matter with you? Did someone cut the wire between your brain and your mouth?,” is one of Folklaw’s favourite quotes from the American TV show that ran from 1986 to 1995.

Matlock ranks as one of Folklaw’s top five TV lawyers. Others favourites include:

Perry Mason (played by Raymond Burr): Folklaw reckons most lawyers have, at some point, dreamed of being Perry Mason. He had a near-perfect record in court, despite the fact that most of his clients had motive, means and opportunity to commit murder. And who wouldn’t want a legal secretary like Della Street!

Denny Crane (played by William Shatner): Even though this egotistical lawyer on Boston Legal loves to say his own name to “sign” his verbal utterances, Folklaw thinks every firm wishes they had a managing partner who could get booked on Larry King Live.

Laura Gibson (played by Sigrid Thornton): Sea Change’s high-flying corporate-lawyer-turned-small-town-magistrate would have to be TV’s most likeable lawyer. Folklaw loved watching Gibson desperately try to fit in despite the eccentric cases she took on in the fictitious town of Pearl Bay, Victoria.

Jack McCoy (played by Sam Waterston): This ruthless Law & Order  litigator often bends (very nearly breaks) trial rules to get convictions. Folklaw admits his tenuous grounds for charging defendants when the original charges fail to stick are a little hard to swallow. But he is effective in getting a conviction – even if it means forcing a witness to testify by charging them with a crime.