Did you ‘ear about the licking lawyer? 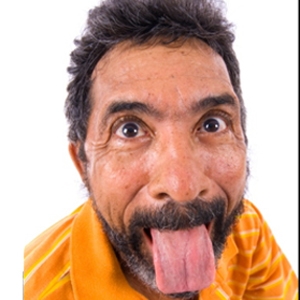 Anyone wondering how to totally freak out a client (and possibly get arrested in the process) should take a lesson from Hawaiian lawyer Lawrence McCreery._x000D_

Anyone wondering how to totally freak out a client (and possibly get arrested in the process) should take a lesson from Hawaiian lawyer Lawrence McCreery.

McCreery, 64, was found guilty of harassment after a former client testified that, while discussing her child custody case last year, he licked the back of her right ear, CBS News reported.

Can Folklaw just say one thing here? Gross. I mean, really, whispering sweet nothings into someone’s ear I get, but licking? Even if the other party is a willing participant that does not sound too appealing...

The other (unwilling) party in this case was a 21-year-old woman (yes folks, less than a third McCreery’s age), who said the lusty lawyer preceded the licking by touching her arm, telling her she “looked so good” and it was “too bad” she was married.

She testified that McCreery then made a “weird sound” and hugged her tightly before licking her.

This story is just all kinds of wrong.

McCreery denied licking his victim and said she initiated the hug. However, he failed to convince Per Diem Fifth Circuit District Court Judge Frank Rothschild, who fined McCreery $US250.

Folklaw can only agree with the judge, who described the licking as “the actions of a dirty old man”.

Did you ‘ear about the licking lawyer?