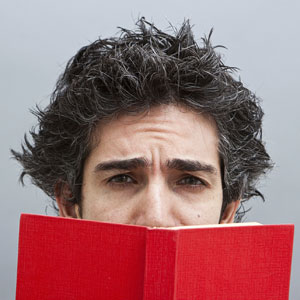 Folklaw has been Keeping Up With The Kardashians (don’t judge folks, we all have our guilty pleasures...) and found out the kid brother wants to be a lawyer.

Folklaw has been Keeping Up With The Kardashians (don’t judge folks, we all have our guilty pleasures...) and found out the kid brother wants to be a lawyer.

It seems Rob Kardashian wants to major in something other than reality TV. In a tweet on Tuesday (7 August), he wrote: “Going to Law School very soon and so excited and can't wait! School just never ends for me! #UniversityofSouthernCal #Trojans #FightOn”.

The university, however, was not as enthusiastic about the prospect of having a Kardashian on campus. The same day, USC Gould School of Law tweeted: “Rob Kardashian isn’t coming here”, followed by “Rob Kardashian hasn’t even applied to USC law”.

Folklaw can’t blame USC for disassociating itself from a prospective student who enjoys tweeting about his private parts...

Rumour or not, Folklaw is both nervous and excited at the possibility of a Kardashian joining the legal ranks.

On one hand, Folklaw sympathises with all those hard-working lawyers who shake their heads each time a badly-behaved lawyer makes headlines.

On the other hand, think of all the juicy stories this guy, who comes from a family known primarily for sex tapes and vacuous comments, will serve up.

Folklaw’s stories will write themselves!

Some American media reports have adopted a serious tone about this news, saying the would-be lawyer is following in his father’s footsteps. Robert Kardashian Sr gained notoriety for being part of the legal team that defended OJ Simpson when he was on trial for the murder of his ex-wife Nicole Brown Simpson and her friend Ronald Goldman.

Kardashian’s fans seem to be taking the news seriously too, tweeting messages of congratulations.

Other than appearing on the reality TV show Keeping Up With The Kardashians, the 25-year-old’s resume boasts a stint as a contestant on Dancing With The Stars and E! has reported that he will be launching a sock line at the end of the year.

Good luck Rob! Make sure to give it socks in law school too...