Home>
SME Law>
Past catches up with ambitious attorney

Past catches up with ambitious attorney 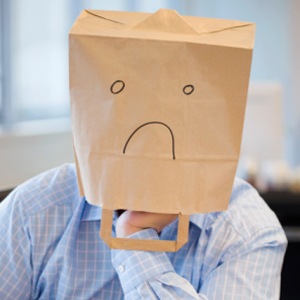 Folklaw would imagine that the number one job you don’t want to go for if you’ve got an indiscretion in your past that you’re trying to keep under wraps is that of a politician...

Folklaw would imagine that the number one job you don’t want to go for if you’ve got an indiscretion in your past that you’re trying to keep under wraps is that of a politician...

But clearly no one told Delaware-based attorney Ron Poliquin that.

Delaware Online reported that Poliquin was running as a Republican in the 31st Representative District, which encompasses central Dover where he is based.

However, he was forced to pull out of the race when it was revealed that he was suspended from practising law for six months last week after a Supreme Court disciplinary panel ruled he violated several rules of professional conduct in his handling of three cases dating back to 2008, mostly related to missed deadlines and subpar work.

Folklaw is glad that in the noble profession of journalism subpar work doesn’t necessarily lead to a suspension...

It was also ruled that Poliquin lied to a Supreme Court judge in 2010 when he was obligated to disclose a prior disciplinary citation for malfeasance.

Poliquin said an addiction to the prescription drug Adderall and another to anti-anxiety medication were partly to blame for his poor job performance in recent years, according to documents from the disciplinary proceeding. The report added that Polquin has been clean and has been attending daily addiction counselling since a stint in a treatment facility last year.

Poliquin obviously realised what Folklaw has always said; drugs are never the answer.

His spot on the Republican Party ticket has not yet been filled.

Past catches up with ambitious attorney

Last Updated: 18 November 2020 Published: 17 August 2012
The Women in Law Awards is the benchmark for excellence, recognising the empowering women influencing the Australian legal profession, celebrating the female leaders, role models and future champions of the industry. Register for the waitlist today for the opportunity to attend this remarkable awards ceremony and network with top legal professionals and fellow peers.
Visit womeninlaw.com.au