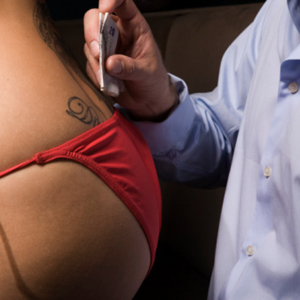 Nobody could deny that what passes for ‘art’ in the modern world is open to interpretation, but Folklaw still reckons it would be stretching credibility to try and claim that taking your clothes off and writhing around is artistic.

Nobody could deny that what passes for ‘art’ in the modern world is open to interpretation, but Folklaw still reckons it would be stretching credibility to try and claim that taking your clothes off and writhing around is artistic.

But that is exactly what New York-based lawyer W. Andrew McCullough is attempting to claim.

The art-appreciating attorney is representing Albany strip joint Nite Moves in a case before the New York Court of Appeal. He is arguing that the ‘performances’ the ladies of the Nite put on for punters are art and entitled to the same tax exemptions other performances, such as ballets and plays, enjoy.

Authorities are demanding $US400,000 in back taxes from the club, but McCullough claims that admission fees and lap dances at the club should be free of state sales taxes under an exemption that applies to “dramatic or musical arts performances,” the Associated Press reported.

He even presented testimony from a cultural anthropologist who visited the club, which charges $US20 a minute for a lap dance, and concluded that the exotic dancing there qualifies as an art form.

Hmm, well Folklaw would like to argue that the sight of Ryan Gosling taking his top off is a work of art, but we don’t think that would pass muster before the court either...

McCullough also argued that the state didn’t have the right to say whether or not lap dancing was a form of art and that to do so would be a violation of the right to freedom of expression.

McCullough’s argument was greeted with some scepticism from the bench, with Judge Eugene Piggott Jr pointing out that, unlike ballerinas or actors, the ‘performers’ at Nite Moves are hired untrained and simply “do what they do”.

State attorney Robert Goldfarb was equally sceptical, saying that nobody would visit the club if the dancers didn’t remove their clothes.

Folklaw thinks even the smooth-tongued McCullough would find it hard to argue with that...

A ruling is expected next month, with possible consequences for the 150 to 200 other ‘adult’ clubs in New York state.