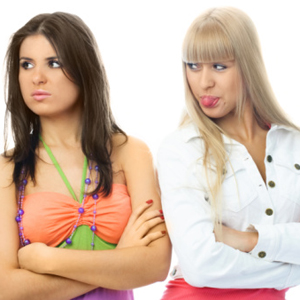 Folklaw can’t be serious all the time and, when we fancy rotting a few of our brain cells, we love nothing more than a good old-fashioned ‘celebrity’ feud.

Folklaw can’t be serious all the time and, when we fancy rotting a few of our brain cells, we love nothing more than a good old-fashioned ‘celebrity’ feud.

Two celebrities who have been keeping lawyers busy for the past few years are former Disney princess Lindsay Lohan (she played twins in The Parent Trap) and one-time Nickelodeon starlet Amanda Bynes (she once starred in The Amanda Show – just what every narcissistic celeb needs: a show named after them).

Neither of these one-time pictures of innocence would be winning any good-girl awards in the last few years. Both have been keeping lawyers busy with arrests for that favourite celebrity offence ‘driving under the influence’ (DUI), with Lohan also managing to ring up a theft charge for allegedly stealing from a jewellery store.

However Lohan, who was once again arrested, then released, in recent days for an alleged hit-and-run incident (Folklaw thinks this girl needs a driver), is feeling a little hard done by compared to her fellow good-girl-gone-bad former child star Bynes.

Earlier this week she tweeted: “Why did I get put in jail and a nickelodeon star has had NO punishment(s) so far?”

Folklaw thinks the key words in that tweet are “so far”. Bynes is currently facing charges of drink-driving and charges related to a hit-and-run incident. She was also pulled over earlier this week for driving with a suspended licence, so Folklaw thinks it might not be too long before she joins the list of ‘celebrities’ like Lohan and Paris Hilton who show the public how to pull off jail-jumpsuit chic.

Folklaw thinks these two twits need to stay off both the internet and the road. Their lawyers might disagree though because, with all this dumb behaviour, the people they are paying to represent them will be the only real winners…