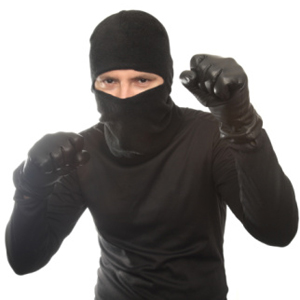 Folklaw always feels a great sense of pride on the (rare) occasions it comes across stories hailing lawyers as heroes, so it was with a heavy heart that we read the tale of lawyers turning from heroes to villains.

Folklaw always feels a great sense of pride on the (rare) occasions it comes across stories hailing lawyers as heroes, so it was with a heavy heart that we read the tale of lawyers turning from heroes to villains.

The black-suited ‘Lawyers of Lahore’ in Pakistan were hailed as heroes in 2007 when they rose up in protest when then-president Pervez Musharraf suspended the constitution, arrested political foes and fired judges.

However, in the last year, at least 15 episodes of “hooliganism” and “high-handedness” have been reported against lawyers in the eastern Pakistan city, with police witnesses claiming they are beaten by lawyers if they do not cooperate with them, The Washington Post reports.

There were even three media reports of courtroom brawls in the city in a single day in May.

Folklaw reckons people should have seen this coming – the people who wear black in movies always turn out to be villains in the end...

The lawyers have been described as “storm troopers” and even the head of the Lahore Bar Association, Zulfiqar Ali, has admitted “we should mend our behaviour”.

He attributed the violence to a lack of emphasis on ethics and courtroom conduct in law schools and said the association has initiated weekly lectures aimed at improving decorum and overall competence.

Folklaw doesn’t think you should need to take a class to realise YOU CAN’T BEAT UP WITNESSES IN THE COURTROOM.

Judges are even living in fear of this braying lawyer mob apparently, with one judge telling the Post he no longer wanted to live in fear of the ‘black coats of Lahore’ and had welcomed being reassigned to a district 150 miles away.

Folklaw sincerely hopes that this situation resolves itself, as lawyers behaving like louts are certainly not good for the justice system.

Unfortunately though, as we sadly file this story, we are still holding out for that lawyer that truly proves to be a hero...