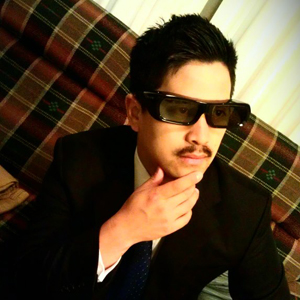 An increase in the number of fuzzy-faced men was noticeable in the month of November – or as it is now almost universally known, Movember.

The mo-growing movement, which has its roots in Melbourne, where it began in 2003 with just 30 mates taking on the challenge of growing a moustache for the month, has exploded in recent years, with more than 1.12 million people around the world taking part this year.

The challenge – to start the month clean shaven and by the end of the month to have cultivated a manly mo' – was taken on by 143,980 brave Mo Bros in Australia, with the aim of raising awareness of, and funds for, prostate cancer and male mental health initiatives.

Money raised during Movember in Australia  - more than $23.2 million this year so far - goes to the Prostate Cancer Foundation of Australia, beyondblue: the national depression and anxiety initiative, and the Movember Foundation.

A number of lawyers around the country took on the challenge of getting fuzzy-lipped for the good cause and we have assembled some of the best pics we’ve come across below...

1. Pictured above right is Clayton Utz Sydney lawyer Peter Bungate. The Sydney office of Clayton Utz raised more than $8200, with the firm as a whole raising more than $27,600 across its offices in Sydney, Melbourne, Brisbane and Perth.

3. The men of Makinson & d’Apice give some (hairy) lip

4. The Piper Alderman posse strike some poses. The 37 members of the team have so far raised more than $10,300 according to their Movember page.

5. Shine Lawyers' team members are mo' jokers; they have raised more than $2000.

6. The many merry men of Brisbane firm McCullough Robertson, including lawyer Richard Hundt, partner Brad Russell and clerk Jordon Williams, were mo’ than happy to raise more than $7000 for their efforts.

7. The KWM team committed to their cause, with the 11 members of the KWMen team raising mo’ than $3000, according to their Mo’ Space, while the manly mo’ growers in KWM’s Canberra office raised more than $1300.

Did the lawyers in your firm grow some moustaches that would put the above mo' growers to shame? Send some photos to This email address is being protected from spambots. You need JavaScript enabled to view it. and we may feature them in next week's Lawyers Weekly magazine.